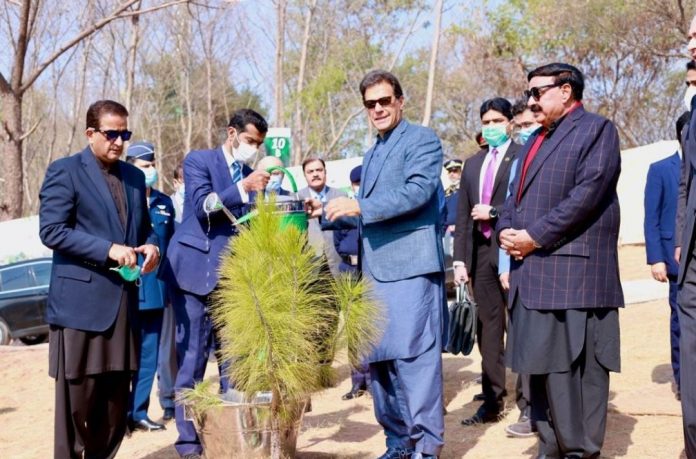 On his Twitter handle, the prime minister apparently referred to the upcoming monsoon tree plantation drive in the country under his government’s much ambitious Ten Billion Tree Tsunami project and Green and Clean Pakistan initiative.

The prime minister stressed that the countrymen have to accelerate their efforts to plant maximum saplings during the campaign.

“I want all Pakistanis, esp (especially) our youth, to gear up for the biggest tree planting campaign in our history. We have a lot of catching up to do,” he posted on his twitter account along with a graph showing numbers of trees per person around different countries of the world.

“And we will be gearing up this monsoon season for our plantation drive – the biggest in Pakistan’s history,” he further added in a related tweet.

I want all Pakistanis, esp our youth, to gear up for the biggest tree planting campaign in our history. We have a lot of catching up to do. pic.twitter.com/miObo6XLK6

According to data graph, the world has 422 trees for every person but in Pakistan, this ratio stands around five trees per person.

A study in the journal of ‘Nature’ reported close to 3.04 trillion trees on earth. According to another data compiled by different international research bodies, about 50% of these trees in the world are present in the five biggest countries, while two-thirds were in just ten countries, leaving just 1990 billion trees for the rest of the world.

‘Tree wealth’, referred as an ecological term, can also be measured in terms of the most significant number of trees per person.