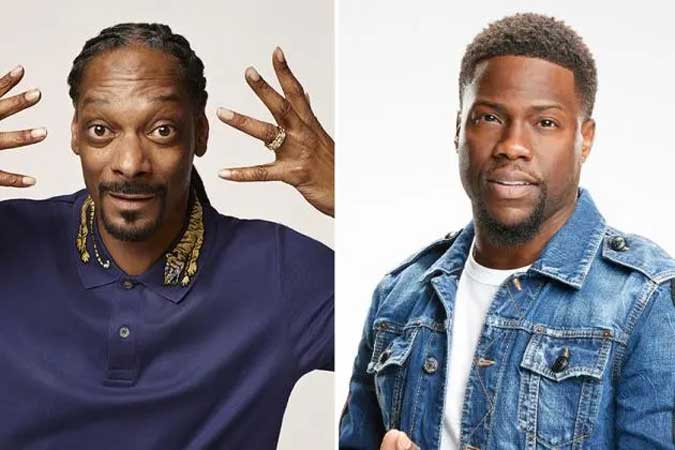 Kevin Hart and Snoop Dogg are teaming up with Peacock to tackle a new endeavor: recapping the Olympics. Pairing Hart and Snoop as the comedy guides through the Tokyo Olympics 2021, the commentary series “Olympic Highlights With Kevin Hart and Snoop Dogg” will be exclusively available on NBC’s streaming service. The pair will set out to summarize the Olympics’ most impressive displays of athleticism, as well as the moments that don’t go as planned. NBCUniversal has remained confident with its plans to broadcast up to 7,000 hours of Tokyo Olympics events. “Olympic Highlights” only reinforces the notion that Peacock will be a critical asset of their strategy. In addition to Hart and Snoop, late-night host Amber Ruffin will offer her commentary for the streaming service from the ground in Tokyo. Cari Champion and Kenny Mayne, two veteran broadcasters who recently left ESPN, will co-anchor “Tokyo Tonight,” a quick-turnaround highlights and interviews program.