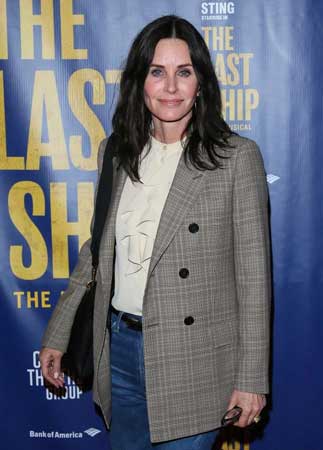 What would Friends be without neurotic, turkey-wearing chef Monica Geller?

It’s tough for fans to imagine the hit NBC sitcom, which aired for 10 seasons between 1994 and 2004, without any of the six main characters — especially the woman whose apartment was the center of the action. Actress Courteney Cox played her hilariously in a way that made her not just tolerable but also amusing, relatable even at times. It was hard not to want to hug her through the screen when she was the butt of jokes about having once been overweight.

And yet Cox was the only one of the six stars whose acting in the show was never nominated for an Emmy. Jennifer Aniston was nominated five times for playing Monica’s roommate, Rachel Green, and she even won in 2002. Lisa Kudrow did just as well, taking home the prize in 1998 and five more nominations over the years. Matt LeBlanc earned three noms in a row, from 2002 to 2004. Meanwhile, Matthew Perry was nominated in 2002, while David Schwimmer was up for a trophy in 1995. When the three female stars appeared on Wednesday’s edition of Howard Stern’s SiriusXM show, Cox said she had noticed the slight.

“Sure. Yeah, it always hurt my feelings,” Cox said. “When every single cast member was nominated but me, it definitely hurt my feelings. I was happy for everybody, and then when it was finally like, ‘Oh, I’m the only one?’ It hurt.”

Cox finally earned recognition in a later sitcom in 2010.

“And then the only thing that made me feel good — because they’ve all won and they’ve gotten so many accolades — I got nominated for Cougar Town the first year — a Golden Globe,” she said. “And I want to say, ‘Oh, who cares?’ [But] it meant everything to me.”

And it wasn’t just ego.

“I wanted my peers to respect me and I know that the Golden Globes is not your peers, necessarily, but it’s like, ‘Ah!’ It took a little of the sting out,” Cox said. Still, Cox — who is famously close with her former co-stars, especially Aniston — said she was always happy to see the others recognized. “Everyone deserved every [nomination],” she said. She added that the work of Aniston and Kudrow, both of whom appeared on Stern’s show with her, continues to “awe” her.