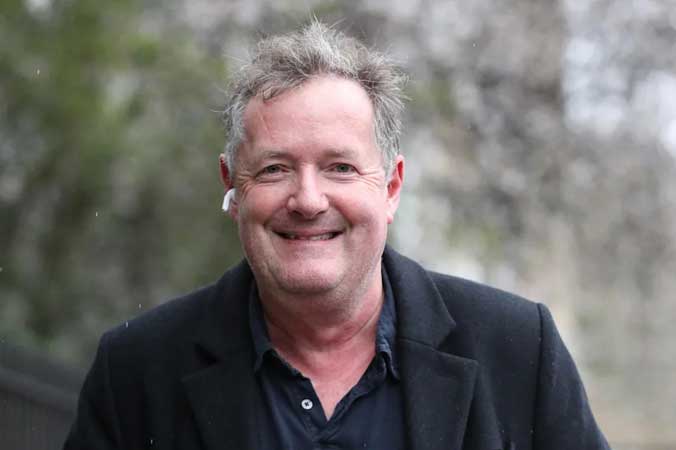 Piers Morgan has called Britney Spears a “modern slave” as he came out in support of the Free Britney movement.

The ex-Good Morning Britain presenter was reacting to the 39-year-old I’m A Slave 4 U singer’s testimony she made this week appealing to a US judge to end her 13 year conservatorship.

Morgan wrote in his column in the MailOnline: “‘I’m a slave for U,’ sang Britney Spears in 2001… Today, the song title carries a very different meaning for the deeply troubled star because she’s become a modern-day slave of the very worst freedom-denying kind.”

The 56-year-old former tabloid editor added: “It almost defies belief that any woman in America, the world’s great superpower and supposedly ‘land of the free’, should be subjected to such appalling treatment.”

But Morgan also voiced support for Spears’ father Jamie Spears, 68, who has presided over her conservatorship for the majority of the last 13 years.

Morgan said: “Of course, there are two sides to this awful saga, and I find it hard to believe that any father would love every minute of his daughter being so distraught.”

The former America’s Got Talent judge said he defied anyone who listened to Spears’ full 25 minute testimony not to conclude that the conditions of her current conservatorship are “abusive”.

He said the Born To Make You Happy singer is “inarguably” living as a slave and branded it “shameful”.

And he concluded by saying: “I urge Judge Penny to say yes to this poor tormented woman’s cries for freedom, end her conservatorship and release her from her living hell. #FreeBritneySpears.”

She said: “I just want my life back,” and revealed, “I want to be able to get married and have a baby.”

Spears – who entered the spotlight at the age of 11 on Disney’s The Mickey Mouse Club – suffered from the pressures of fame and work and had a very public breakdown in 2007.

After being put into her father’s care in 2008 she went on to revive her career, appearing as a judge on the US version of The X Factor, performing several hit world tours and starring in a successful Las Vegas residency.

Her family have argued she was placed under the conservatorship for her own protection as she was mentally ill and “vulnerable” to being manipulated for her fortune.

However, she pulled out of a second Las Vegas run due to stress and has not performed since October 2018. Her father Jamie Spears stepped down as her conservator in 2019 and the I’m A Slave 4 U singer’s conservatorship is now in the hands of her long-term “care manager” Jodi Montgomery.