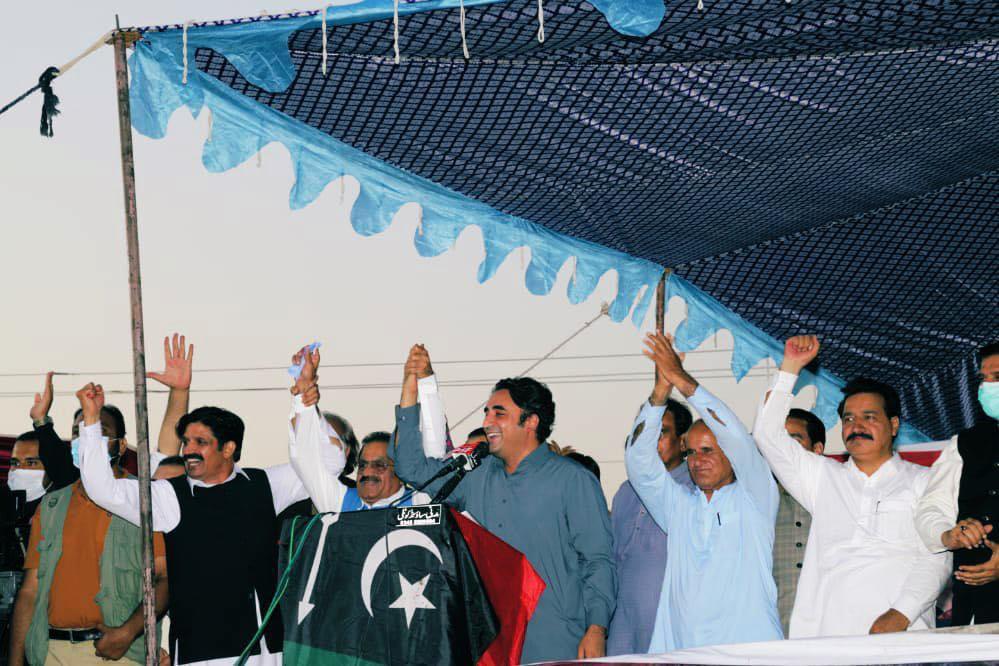 PM Imran stated in an interview with Jonathan Swan of ‘Axios on HBO’ that if the Kashmir problem is settled, nuclear deterrence would be unnecessary.

“I think Pakistan and India will live as civilised neighbours without nuclear deterrence as soon as the Kashmir issue is resolved,” the prime minister stated.

Bilawal, speaking at a rally in Azad Jammu and Kashmir’s (AJK) Kotli, slammed the premier’s statements, calling them irresponsible.

Good to be back in Kotli AJK to kick off Pakistan Peoples Party Azad Jammu & Kashmir election campaign. Thank you to the people for showing such enthusiasm despite the heat. This is just the beginning. IA #KotliMainTeerChaleyga pic.twitter.com/WLM9vqNWh2

“Doesn’t the fact that the selected thinks we don’t need a nuclear programme [if the Kashmir problem is handled] make him a security risk?” he said.

For the last three years, the prime minister has made blunders anytime he speaks about the Kashmir problem, according to the PPP leader, and has been unable to create any policy on such a vital topic.

“We tell this government that Kashmir will not be traded. No one will be able to tell the Kashmiris what to do,they will have to make their own decisions.”

PM Imran just replied “what can we do?” after Indian Prime Minister Narendra Modi abolished the semi-autonomous status of Indian Occupied Jammu and Kashmir (IIOJK) on August 5, 2019.

“You will have to give us a majority vote so that we can not only confront Modi’s tyranny but also reply to the chosen,” he continued.

He said that infrastructure developed under the PPP tenures can be found across AJK. “In Kotli alone, the PPP created 19 colleges.”

Those who claim that the PPP is dead should come to Kotli and see the enthusiasm that the people have for his party, he added.

Bilawal stated that his party’s position has always been that the Kashmir problem will be addressed exclusively by Kashmiris, and that this policy continues to this day. “Only the people of Kashmir have the power to decide their fate,” he said.