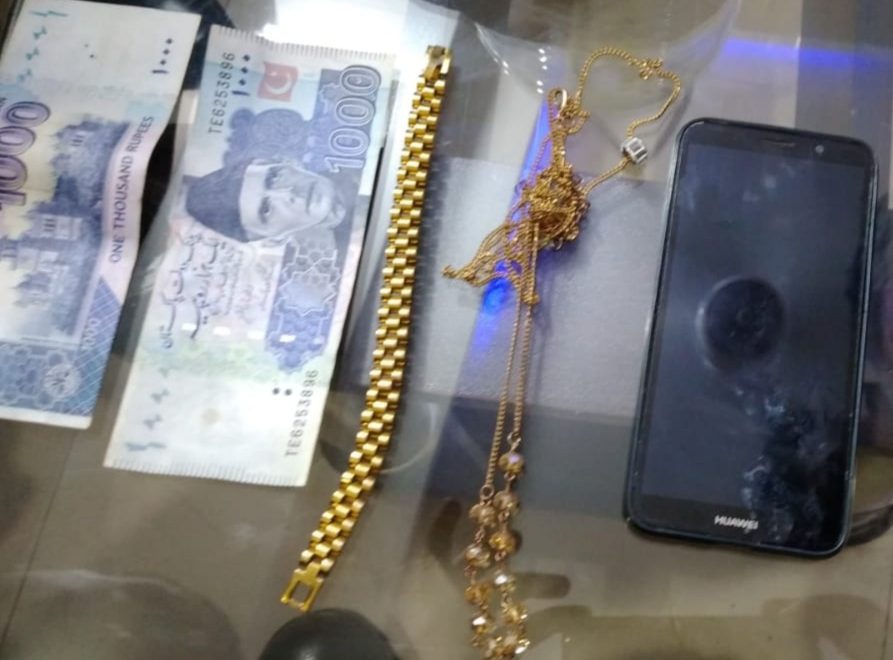 RAWALPINDI: The culprit who snatched the purse of a school teacher has been arrested. The arrest was made on a Friday morning, with all the stolen items being recovered.

The stolen items included a mobile phone, a bracelet and a chain along with some cash.

The incident occurred when the school teacher was headed to her school when a motorcycle rider, wearing a surgical mask snatched her purse.

The CCTV footage of the incident went viral on social media as the culprit violently snatched the purse from the woman, who fell on the ground. The woman is seen to be in utter shock, trying to recollect her valuables that had fallen from her bag.

A woman along with two motorbike riders came for her aid, but the damage had already been done.

The CCTV footage was obtained from the nearby homes by the police.

The arrest by the local police was announced through a tweet on social media.

“Rawalpindi police arrested Anis Iqbal for snatching a purse from a woman.

CPO Muhammad Ahsan Younis took notice of the incident and ordered immediate arrest of the accused. During the arrest, the accused tried to fire at the police, during which the accused fired his own pistol at his right wrist.”

The arrest came forth with the help of CCTV images and intelligence.

It has been reported that mobile and purse snatching incidents have become common in the area.