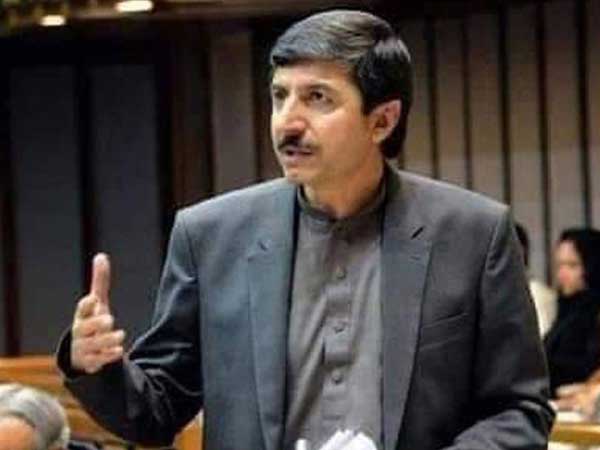 Pakhtunkhwa Milli Awami Party (PkMAP) leader and former senator Usman Khan Kakar had passed away in Karachi on Monday. He was 60.

Kakar’s personal physician, Dr Samad Panezai, according to a media report said that he had received a head injury at his residence in Quetta and was shifted to a hospital within 30 minutes where he was operated upon and put on a ventilator.

He was later shifted to Karachi’s Aga Khan University Hospital on a special air ambulance where he passed away earlier Monday morning. Panezai said the cause of his death was accumulation of blood in his brain due to the injury.

Pakhtunkhwa Milli Awami Party (PkMAP)’s Shafiq Tareen on Friday, while addressing the Senate meeting said that Usman Kakar was found injured at his drawing room, and when shifted to hospital, it was found that he had received severe head injury. The circulation of blood towards his brain had stopped and he was shifted to Agha Khan Hospital Karachi.

Shafiq quoted the doctors of Agha Khan Hospitals as saying that it wasn’t a brain hemorrhage but a severe head injury.

Shafiq revealed that it has been speculating that two to three armed men invaded his house and he was murdered, while his young daughter being present at home at that time.

Shafiq demanded a judicial probe into the matter and said that Usman himself had mentioned in his last speech that he was receiving death threats.

Opposition leader Yousuf Raza Gilani said that senators of PML-N and PPP had met after the incident and demanded an inquiry into the matter.

Senate members from ruling PTI including leader of the house Dr. Shehzad Wasim also demanded for a fair and thorough probe and said that we will create a way forward through mutual consultation.

The Upper House on Friday offered Fateha for the soldiers of Frontier Corps (FC) who embraced martyrdom in a blast in Sibi area of Balochistan province.

As the Senate proceeding started, Senator Atta-ur-Rehman led the prayer on the request of Chairman Senate Muhammad Sadiq Sanjrani.

Later participating in the budget debate, Minister for Railways Azam Swati said that ML-1 (Main Line-I) was the lifeline of Pakistan.

He said that Prime Minister Imran Khan had introduced an institutional reforms program under the supervision of SAPM Dr Ishrat Hussain aimed at capacity building of the departments.

Chairman Senate Muhammad Sadiq Sanjrani said that Ishrat Hussain should come and brief the house about his reforms plan and its achievements in last three years.

The minister said he has not taken salary for the last 35 months and saved 3 crore rupees of national exchequer.

Taking part in the budget debate, Senator Faisal Sabzwari said that the Sindh government was demanding NFC award but in the last 13 years the Provincial Financial Commission was not held a single meeting.

Participating in the debate, Senator Mushahid Hussain Sayed said that Pakistan has a great potential to be a great country as per the vision of the Founder of the nation.

He highly praised Prime Minister Imran Khan for clearly saying “Absolutely not” regarding air bases to the US. He stressed on resolving all the challenges with unity.

He said that youth should come forward in export oriented IT related businesses.

He said that the present government was facing problems due to loans taken by previous regimes. He said that loans will be given to the SMEs which would strengthen tax collection.

He said that the labour community should be given more incentives.