Pakistan not to allow US to use its bases against Afghanistan: President 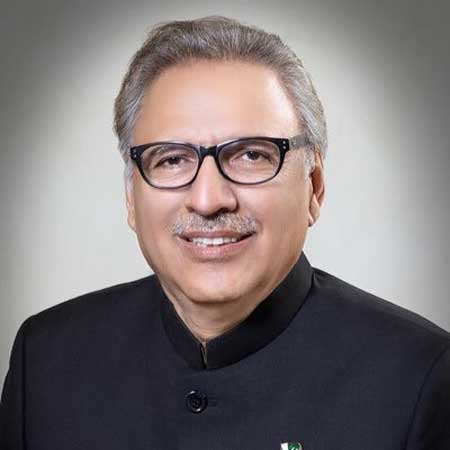 President Dr Arif Alvi on Friday reiterated Pakistan’s principled stance that it would not allow the United States to use its bases against Afghanistan.

He said Pakistan was making serious efforts to promote peace and stability in Afghanistan as it would be the major beneficiary of a peaceful and stable Afghanistan.

The president made these remarks during an interactive session here at the Aiwan-e-Sadr with the military officers from 12 foreign countries, currently undergoing National Security Workshop Course at the National Defence University.

He urged the international community to take serious note of the recent incidents of illegal selling of uranium in black market in India as such radioactive material could fall into wrong hands endangering human lives and security of the nations.

The president deplored that such an important incident had been ignored in the international media, a press release issued by the President’s Media Office said.

He highlighted Pakistan’s success story against the war on terror, saying the country’s armed forces and law enforcement agencies had successfully defeated terrorism.

He stated that Pakistan had paid a heavy cost while fighting the war on terror as it lost over 70,000 people, besides suffering economic losses to the tune of around $150 billion.

The president added that Pakistan was the biggest sufferer of the prolonged conflict in Afghanistan that adversely affected its economy as well as the security of the country.

He said Pakistan, from the very beginning, had advocated for a negotiated settlement of the Afghan imbroglio as war was no solution to any dispute that increased human sufferings and miseries.

The president briefed the participants about the achievements of the country, stating Prime Minister Imran Khan took a compassionate and smart decision by not enforcing total lockdown during the COVID-19 pandemic and provided emergency cash relief, under the Ehsaas Programme, to over 15 million families to save them from poverty and hunger.

He went on to say that Pakistan successfully handled the pandemic due to the cooperation of religious leaders and media as well as the entire nation which showed exemplary discipline.

The president apprised that Pakistan was moving in the right direction and was poised to become a geo-economic hub of the region by utilizing its special geo-economic location to boost regional trade and encourage economic integration.

He said Pakistan was focusing on the development of the IT (information technology)sector, and taking practical measures and training its youth to enhance the IT exports.

It was closely working with China to promote regional connectivity and economic cooperation among countries of the region, he added.

Replying to questions of the participants, the president said Pakistan would not permit the United States to use its bases against the brotherly country (Afghanistan).

He reiterated Pakistan’s commitment to further expand and consolidate economic, political and cultural relations with all the friendly countries, particularly the regional states.

The participants lauded the hospitality extended by the government during their stay in Pakistan.

They appreciated the social and economic achievements of the government, particularly the successful handling of the COVID-19 pandemic.