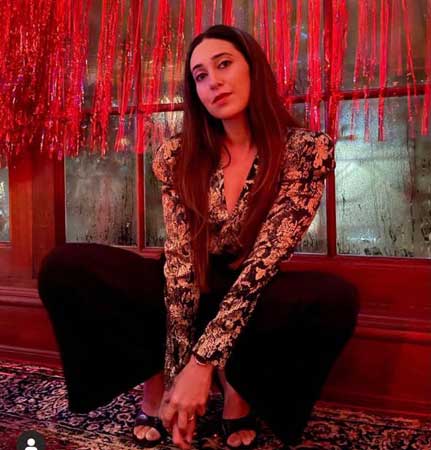 From their gorgeous photos on social media, to constantly rooting for each other, the two Kapoor sisters of Bollywood – Karisma Kapoor and Kareena Kapoor, have set some serious sibling goals.

When Karisma ruled the silver screen in the 90s, she became a role model and inspiration for her younger sister Kareena, who followed in her footsteps. Karisma Kapoor celebrated her 47th birthday on Friday with Kareena and bestie Amrita Arora.

Karisma shared a number of photos from her birthday celebration and wrote, “Making my years count, instead of counting the years #aboutlastnight #familyandfriends #onlylove.”

Kareena also celebrated her sister in a heartfelt post and wrote, “Happy Birthday to the bravest, strongest, and the most precious woman I know my sister, my best friend, my second mother and the centre of our family Chinese food tastes even better when we eat it together I love you like no one else I also do wonder sometimes who the older sister is but that is the best part of having one My lolo.” The actor used the hashtags #MyLoloIsTheBestest and #HappyBirthdayLolo.

Karisma shared a number of photos from her birthday celebration and wrote, ‘Making my years count, instead of counting the years #aboutlastnight #familyandfriends #onlylove’

Amrita shared a photo with a gorgeous birthday cake and them posing together. “Happy birthday my darling @therealkarismakapoor ! May you always shine and be as lovely as a beautiful vintage wine #famjam #onlylove,” Amrita wrote.

On Karisma’s birthday, we also go back to how Kareena had spoken about her ‘strict’ older sibling. In an old interview to Cosmopolitan, a very young Kareena had admitted that Karisma was stricter than her own mother, Babita. “Lolo helps me with my homework. Mama’s strict about studies. But Lolo is even stricter. She even spanks me sometimes when I am naughty. But that is because she loves me.”

Their love and affection for each other speaks volumes on social media. On Kareena’s birthdays, Karisma has always shared photos of the two of them, vowing to protect her “lifeline”.

Karisma even mentioned that she gets trolled because of Kareena on her social accounts. A confused Kareena asked, “About me?” Karisma replied that she has gotten comments like, “Aap apni behen ko kaho, itna pout na karein!” Karisma always mentioned how fans ask for photos with Bebo. “It’s a wonderful relationship,” she said.