Priyanka Chopra’s home in the US is worth $20 million 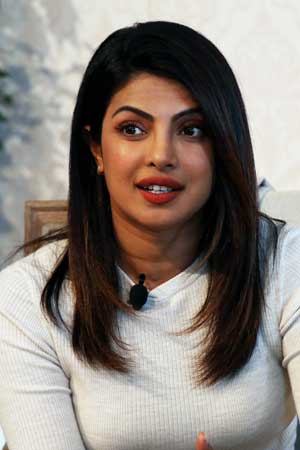 Global icon Priyanka Chopra calls India her home country but she practically lives all over the world.

Priyanka, along with her husband Nick Jonas, has a beautiful palatial house in Los Angeles and in a recent video uploaded by Nick on his social media, we can see glimpses of their house.

The video has Nick promoting a brand but the video has been shot at their house. Priyanka took to the comments and wrote, “So awesome!! Also our house looks amazing! U look amazing too baby.” The video shows glimpses of the kitchen, gym, poolside and an area with a table tennis setup.

Priyanka and Nick bought the house for $20 million, as per Wall Street Journal. “The roughly 20,000-square-foot property has seven bedrooms and 11 bathrooms, according to a description by The Agency, the listing brokerage,” the publication wrote.

Priyanka also shared a throwback photo in which she is seen enjoying a break with their home as the backdrop. She captioned her post, “Sun, Sangria and Sass. Mood. #TBT.”

Priyanka and Nick often share photos from inside their house but they are yet to give a house tour to their fans. The gym area featured in this video has earlier appeared in many of Nick’s stories and posts.

A few photos on their pets’ handles also showcase their massive house beautifully.

Earlier, we saw glimpses of Priyanka’s home in her YouTube show If I Could Tell You Just One Thing. The non-fiction show gave us a sneak preview into Priyanka’s LA house.

On the work front, Priyanka is working on the Russo Brothers series for Amazon titled Citadel, where she stars alongside Richard Madden. She will also be seen in Matrix 4 and Text for You.

Priyanka was last seen in the Ramin Bahrani film The White Tiger. She also launched her memoir Unfinished earlier this year.