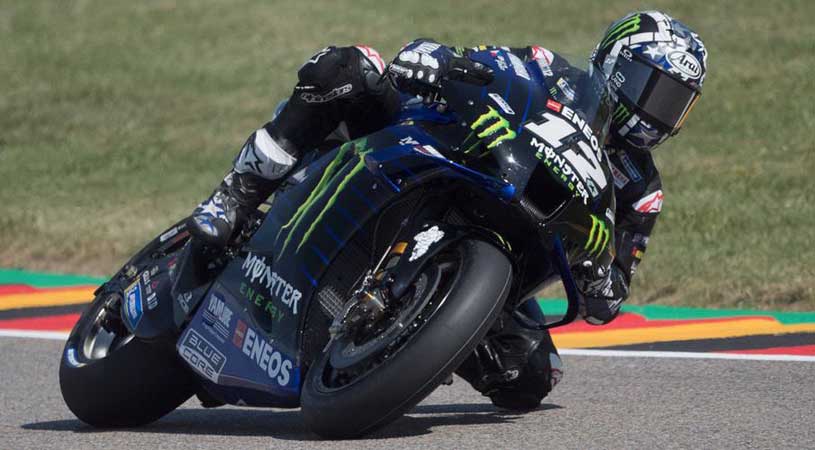 ASSEN: Maverick Vinales set the quickest time on Friday in practice for the Dutch MotoGP on a day when times slowed as rain fell in the second session and Marc Marquez suffered a heart-stopping crash. Spaniard Vinales was fastest in both sessions, recording 1min 33.072sec in the dry morning conditions and then 1:33.241 on a rainy afternoon. That marked a big improvement on his form last weekend when he finished 19th in Germany. Neither Vinales, nor Yamaha, have been able to explain why he is sixth in the rider standings while his factory team-mate Fabio Quartararo is 22 points clear in first place.

Vinales is clearly enjoying his return to the track nicknamed the ‘Temple of Speed’. He won the last MotoGP there in 2019 and has won there twice in the lower formulas. Fresh from his first victory in 19 months, Marquez, who has struggled to rediscover his form after smashing his right arm in a crash at the start of last season, suffered a spectacular fall on Friday. His Honda locked up and spun on turn 11 in the second session, sending the six-time world champion flying off in a scarey ‘highside’. Marquez tucked his fragile arms into his body, narrowly avoided landing on his sliding bike and then limped away. He did not return to the track but still finished the day with the sixth fastest time. The other factory Honda rider, Spaniard Pol Espargaro was second fastest, 0.111 behind Vinales. In-form Portuguese rider Miguel Oliveira of KTM was third followed by Quartararo and Spaniard Alex Rins on a Suzuki. Rins underwent surgery in early June after breaking a wrist in a bicycling accident. The Ducatis struggled with Frenchman Johan Zarco their best rider in eighth on his Pramac.