* 'This is the B-side of the Venetian LP,' said Alberto Sonino, who heads the development project that includes a hotel, marina, restaurant and woodland 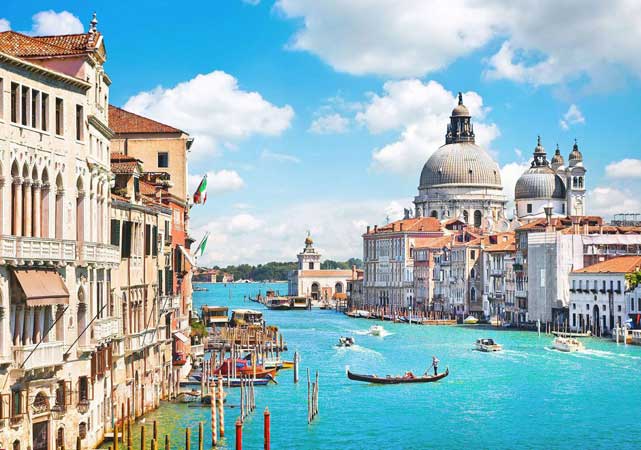 Away from the once-maddening crowds of St Mark’s Square, tiny Certosa island could be a template for building a sustainable future in Venice as it tries to relaunch its tourism industry without boomeranging back to pre-pandemic day-tripping hordes.

Private investment has converted the forgotten public island just a 15-minute waterbus ride from St Mark’s Square into a multi-faceted urban park where Venetians and Venice conoscenti can mix, free from the tensions inherent to the lagoon city’s perennial plague of mass tourism.

“This is the B-side of the Venetian LP,” said Alberto Sonino, who heads the development project that includes a hotel, marina, restaurant and woodland. “Everyone knows the first song of the A-side of our long-play, almost nobody, not even the most expert or locals, know the lagoon as an interesting natural and cultural environment.”

It may be now or never for Venice, whose fragile city and lagoon environment alike are protected as a UNESCO world heritage site. Citing overtourism, UNESCO took the rare step this week of recommending Venice be placed on its list of World Heritage in Danger sites. A decision is expected next month.

It may be now or never for Venice, whose fragile city and lagoon environment alike are protected as a UNESCO world heritage site. Citing overtourism, UNESCO took the rare step this week of recommending Venice be placed on its list of World Heritage in Danger sites

After a 15-month pause in mass international travel, Venetians are contemplating how to welcome visitors back to its picture-postcard canals and Byzantine backdrops without suffering the past indignities of crowds clogging narrow alleyways, day-trippers picnicking on stoops and selfie-takers crowding the Rialto Bridge. The recommendation by UNESCO’s World Heritage Centre took into account mass tourism, in particular the passage of cruise ships through the historic centre, a steady decline in permanent residents as well as governance and management problems.

“This is not something we propose lightly,” Mechtild Roessler, director of the World Heritage Center, told AP. “It is to alert the international community to do more to address these matters together.”

Veneto regional officials have submitted a plan for relaunching the tourism-dependent city to Rome that calls for controlling arrivals of day-trippers, boosting permanent residents, encouraging startups, limiting the stock of private apartment rentals and gaining control over commercial zoning to protect Venetian artisans.

The proposal, submitted in March, aims to make Venice a ‘world sustainability capital,’ and hopes to tap some of the 222 million euros in EU recovery funds to help hard-hit Italy relaunch from the pandemic.

“Venice is in danger of disappearing. If we don’t stop and reverse this, Venice in 10 years will be a desert, where you turn the lights on in the morning and turn them off in the evening,” said Nicola Pianon, a Venice native and managing director of the Boston Consulting Group whose strategic plan for Venice informed the region’s proposal.

The proposal responds to Venetians’ urgency to reclaim their city from the mass tourism that peaked at some 25 million individual visitors in 2019, and stanch the exodus of 1,000 Venetians each year. It envisions investments of up to 4 billion euros to attract 12,000 new residents and create 20,000 new jobs.

As much as Venetians groan at the huge tourist flows, the pandemic also revealed the extent to which the relationship is symbiotic.

Along with lost tourist revenue, Venetians suffered a drastic reduction in public transport, heavily subsidized by tourist traffic. Even city museums could not afford to reopen to residents when lockdowns eased.

‘Venice without tourists became a city that could not serve its own citizens,” said Anna Moretti, an expert in destination management at Venice’s Ca’ Foscari University.

The pandemic paused the city’s plans to introduce a day-tripper tax last year on visitors who sleep elsewhere 80 percent of the total tourist footfall. Some 19 million day-trippers visited in 2019, spending just 5 euros to 20 euros each, according to Boston Consulting. On the other side of that equation, the 20 percent of tourists who spend at least one night in Venice contribute more than two-thirds of all tourist revenue. A reservation system with an access fee is expected to launch sometime in 2022 to manage day visitors.

With an eye on monitoring daily tourist arrivals, the city set up a state-of-the-art Smart Control Room near the main railroad bridge last year that identifies how many visitors are in Venice at any moment using cell-phone data that also reveals their country of origin and location in the city. The technology means that future reservations can be monitored with QR codes downloaded on phones, without the need to set up check points. Pianon said the plan is feasible in a city like Venice, which has a limited number of access points and is just 5 square kilometres in area.

Much could go wrong. Tourist operators are desperate for business to return, and there is a pent-up global desire to travel. In addition, many changes being sought by regional and city officials must be decided in Rome, including any limits on commercial zoning or Airbnb rental properties.

“I think the level of dystopia that we had reached was of such a scale that there has to be a reaction,” said Carlo Bagnoli, head of an innovation lab, VeniSia, at Ca Foscari University. “There are many projects emerging from many places.” Certosa island, after more than a decade, is still a work in progress, but its success is in the numbers: 3,000 visitors each weekend.

Sonino sees another 10 public sites in the lagoon with redevelopment potential, including former hospitals, abandoned islands and military bases. He blames Venetians themselves for the city’s predicament, being long on talk, short on action. But he feels the pandemic – coupled with the world’s abiding interest in Venice’s future – might just be the push the city needs to change.

“I prefer to hope that we catch the opportunity. Carpe diem is not only a slogan but an opportunity,” Sonino said. “We need a lot of ideas and a lot of passion to take Venice from the past to the future.”