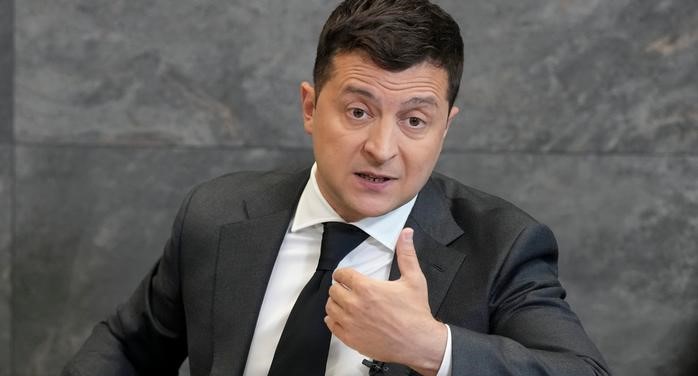 Ukraine on Friday called on Germany and France to shed light on the reasoning behind their short-lived proposal for the European Union to restart meetings with Russian President Vladimir Putin.

EU leaders said Friday they had rejected the proposal from German Chancellor Angela Merkel and French President Emmanuel Macron, which came after US President Joe Biden’s sit-down with Putin last week. The proposal was opposed by numerous EU member states — especially in eastern Europe — who remain deeply wary of rewarding the Kremlin with talks before it changes its aggressive course.

Ukraine’s Foreign Minister Dmytro Kuleba said Friday his country wanted “to better understand what intentions Berlin and Paris are pursuing and how this relates to the sanctions policy against Russia”. In a video address on Facebook, Kuleba said he will hold talks with German and French ambassadors to Ukraine over the issue on Friday. Ties between the European Union and Russia have frayed since the Kremlin annexed Crimea from Ukraine in 2014 and is widely seen as backing pro-Russia separatists in eastern Ukraine. Germany and France serve as mediators in the conflict.

Brussels has slapped waves of sanctions on Moscow, and Russia has responded with its own countermeasures. Kuleba on Thursday said that “initiatives to resume EU summits with Russia without seeing any progress from the Russian side will be a dangerous deviation from EU sanctions policy”. “Unfortunately, Russia has not demonstrated any will to change its policy, neither towards Ukraine, nor towards the EU, and we believe that the resumption of summits is groundless,” he added.