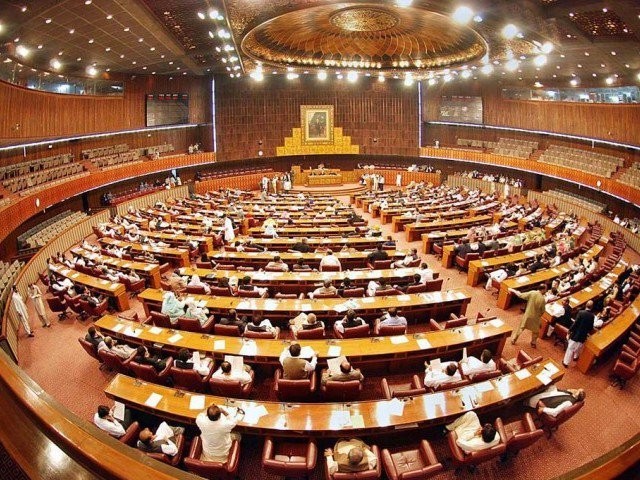 ISLAMABAD: The government on Friday moved 18 bills in the Senate which were referred to the standing committees concerned for further consideration after the House’s approval.

Minister for Federal Education, Professional Training, National Heritage and Culture Shafqat Mahmood moved the bills, The National Vocational and Technical Training Commission (Amendment) bill, The Hyderabad Institute for Technical and Management Sciences Bill, 2021, The National College of Arts Institute bill, 2021 and The Pakistan Academy of Letters (Amendment) bill, 2021 which were referred to the standing committees concerned.

These bills were also referred to the standing committees concerned for further consideration.

Minister for Parliamentary Affairs Ali Muhammad Khan also moved the Protection of Communal Properties of Minorities (Amendment) Bill, 2021 on behalf of the Minister for Religious Affairs and Inter-Faith Harmony.

He also moved the Islamabad Capital Territory Charities Registration, Regulation and Facilitation bill, 2021 and The COVID-19 (Prevention of Hoarding) bill, 2021 on the behalf of Minister for Interior which was referred to the standing committee concerned.

The minister also moved the Maritime Security Agency (Amendment) bill, 2021 on the behalf of Minister for Defence.

Earlier, Leader of the Opposition Yousaf Raza Gillani said that late night lawmakers were informed about the 40 items agenda of the Senate. He said that we required some time to get prepare for the proceedings.

He also spoke on the oil tankers strike and demanded that government should talk with protesters to resolve the issue.

Leader of the House Dr. Shahzad Waseem said that legislation was the actual work of the House. He said that all these agenda items were brought for referring to the relevant committees, adding that it was pending since last four months and we want to start on work on it.

Leader of the House Dr. Shahzad Waseem said that Usman Kakar was our honourable colleague. He also condoled with Shafiq Tareen on the sad demise of Usman Kakar. He said that Senate has debated on the death of Usman Kakar and also passed a condolence resolution.

Minister for Railways Azam Khan Swati said that this was very sensitive issue, adding that government would provide all resources and cooperation for the satisfaction of the late Usman Kakar family in this regard.