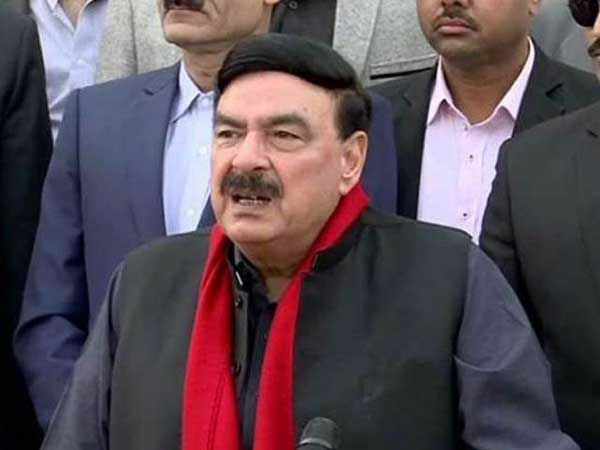 Minister for Interior Sheikh Rashid Ahmed on Thursday said that the government was not scared of opposition regarding the Nawaz Sharif case and will use all available legal options for bringing him back to face the cases being tried against him in the courts.

Talking to a private news channel, the minister said that the former premier was creating hurdles for himself and added that the time has come that Nawaz Sharif, who made fun of the judicial system by misleading courts, should return home and face the pending cases against him.

“If Nawaz Sharif is innocent, then why is he running away from the law and courts”, he remarked.

The health of Nawaz Sharif was good and he was enjoying a luxurious life as Maryam Nawaz indicated in her statement, he said. The minister said that an agreement was being signed between Pakistan and the United Kingdom in a couple of weeks for bringing back the offender. Minister of State for Information and Broadcasting Farrukh Habib commenting over the verdict of IHC said that the ex-premier was enjoying a healthy life and playing polo in London.

To a question, he said that it was the responsibility of the state to protect the life of every citizen.

He said PML-N was demanding National Reconciliation Ordinance (NRO) and blackmailing the government over the health issue of Nawaz Sharif. The Minister said that the government will review in detail the court decision adding that it was better for Nawaz Sharif to come back and return all looted money. He said no compromise would be made on the accountability process and all looted money will be recovered from him.