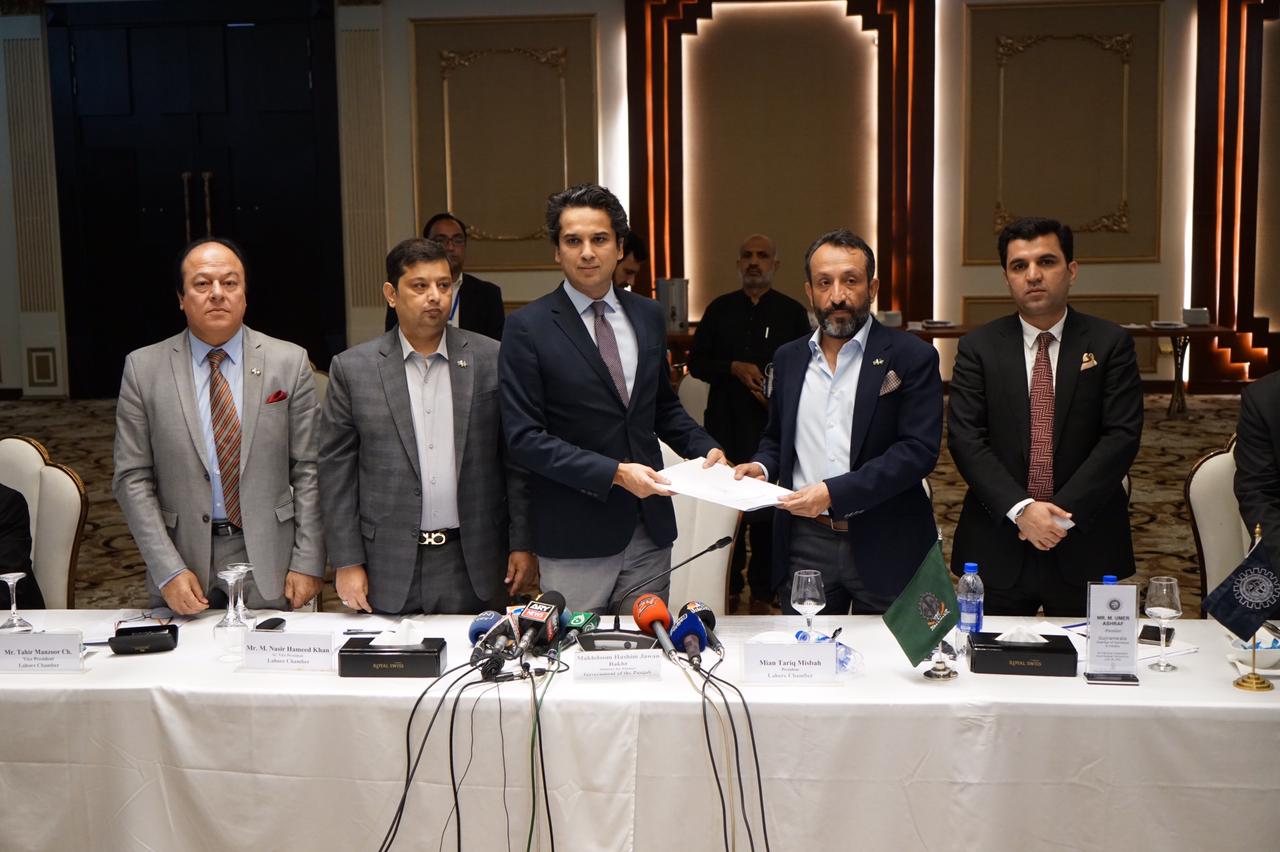 LAHORE: Chambers of Commerce & Industry, at a 2-day Post Budget Convention under the umbrella of Lahore Chamber of Commerce & Industry, have called for the withdrawal of anti-business budget clauses. The Chambers also issued a joint declaration to address the genuine reservations of the business community before the Federal Budget 2021-22 is approved.

The participants of the Convention urged the Government to take prompt action on the recommendations of the Convention’s declaration in order to create a conducive business environment and for quick revival of the economy.

They demanded through the declaration that a formal announcement and confirmation should be made by the Government to withdraw the proposal of adding clause 203(A) in the income tax ordinance. The proposal of imposing exorbitant fines on the importers under section (28) 156 of the Finance Bill 2021 if they for any reason are not able to complete the paperwork for the redemption of their shipments should be withdrawn.

They said that the steep increase in the Taxation target in the Federal Budget 2021-22 should not in any way overburden the existing taxpayers. and should be met by expanding the Tax Base. In addition to the Sales Tax Refunds, Income Tax Refunds should also be paid through the new promised centralized automated refund system.

The participants of the Convention said that the energy tariff for all the sectors of the economy should be capped at Rs 7.5 cents/unit to reduce their cost of doing business and enhancing their export competitiveness. Special measures should be taken in the Federal Budget 2021-22 for the provision of interest-free credit to SMEs/small traders/single shutter shops without any collateral requirement.
They said that sizeable allocation should be done in Federal Budget 2021-22 for i) establishing State of the art Testing Labs on the outskirts of major cities across the country and ii) up-gradation of existing labs to serve the export needs to Industry. They added that that for the facilitation of commercial importers and making sure that imports of vital raw materials are not affected, the advance Income Tax at the import stage (Withholding Tax) should be eliminated and the Final Tax Regime should be implemented.

“To ensure adequate supply of vital raw materials and other essential components (spare parts and machinery), Commercial Importers should be allowed to import against Advance Payments up to US$ 20,000/-. The 3% Further Tax on supplies through unregistered persons should be abolished” said adding that the Tax exemptions for Industries in Federal/Provincial Administered Tribal Areas (FATA/PATA) should be reviewed as their misuse of these exemptions are hampering the competitiveness of industries in other parts of the country.

They said that the Business Community should not be made the Withholding Tax Agents for the Government as around 67% of total tax collection is through Withholding Tax out of which majority is collected at import stage. They said that the duty reduction in the Federal Budget on finished products e.g. Artificial Leather, PVC Flooring, Yarn, etc. should be taken back as it would hamper the local manufacturing industry.

They added that the duties on the import of Plant and Machinery should be reduced to zero to promote industrialization in the country. They said that all the industries which are exporting 80-100% of their production should be given Sales Tax adjustment.

They said that in the Finance Bill 2021, it has been proposed that a taxpayer cannot file an appeal against an order of assessment unless he has paid the demanded tax. This proposal is against the spirit of justice and should be withdrawn. The Gas prices for the pottery industry should be kept constant for at least 6 months.

They added that the installation of trackers on Point of Sale should be taken back as it results in discriminatory practices. The registration of Sales Tax for Petrol Pumps which is made compulsory should be taken back as Tax is already is deducted at source and is against the spirit of Ease of Doing Business. The proposal for an increase in Turnover Tax should be withdrawn.

LCCI President Mian Tariq Misbah, Senior Vice President Muhammad Nasir Hameed Khan, and Vice President Tahir Manzoor Chaudhry gave a detailed analysis of the Federal Budget 2021-22. They said that the total FBR Revenue target for 2021-22 has been set at Rs 5,829 Billion which is significantly higher as compared to the target of Rs 4,963 Billion in last year’s Budget. In our opinion we should convey our concerns to the Government in this regard as such a steep increase in Taxation Target would overburden the existing taxpayers if the Tax Base is not increased in the true spirit.

Provincial Minister for Finance Makhdoom Hashim Jawan Bakht said that the Federal and Punjab Budgets are growth-oriented. He said that Rs. 560 have been allocated for Development Program in Punjab Budget that is 66% higher than the previous budget. He said that the government believes in consultation and facilitating the business community.