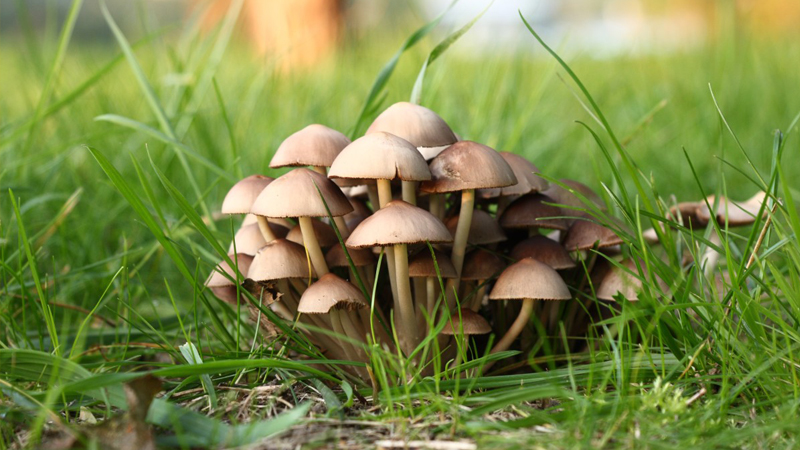 Trial base training about cultivation of mushrooms through modern technique of farming generates interest among youth and womenfolk to opt it as a source of livelihood.

Training by private institutes, non-governmental organizations, is showing positive results by diverting attention of a number of people towards this source of livelihood benefiting people of all ages and gender.

“Even women folk are also showing interest in growing mushrooms because of its easy procedure of cultivation within the premises of home,” apprised Sher Muhammad, an expert in Mushroom farming who also owns a farm in Peshawar.

Sher Muhammad has the credit of introducing mushroom farming in Khyber Pakhtunkhwa in general and Peshawar in particular by imparting guidance and training to numerous number of people both male and female in his private capacity.

Owing a mushroom farm at Duran Pur area of Peshawar, Sher Muhammad happily share information with anyone who approaches him for guidance in making mushroom farming as a source of livelihood.

Apart from Sher Muhammad a Swiss based Non Governmental Organization, Helvetas is also engaged in imparting training on mushroom farming in Charsadda, Bajaur and Mohmand districts of KP.

“We have recently completed training to around 30 families in Tangi area of Charsadda district and trail base production has shown good results attracting more people to join the practice and made it a vocation for themselves,” said Fayaz Ahmad, Coordinator Value Chain Helvetas.

Talking to APP, Fayaz informed that trainees were selected from tobacco growing areas whose winter season is dormant and can easily get themselves involved in cultivating mushrooms which start growing from September to late March.

Apart from imparting training, each family is provided with 150 bags free of cost for growing mushrooms and a market chain was also developed for supply of yield at suitable price.

Fayaz informed that each bag has a production capacity of two kg of mushroom at a cost price of Rs. 100 per kg. While in market, these mushrooms are easily sold at a price of Rs. 400, giving a profit of Rs. 300 to growers.

In case of middlemen, the grower gets a minimum price of Rs. 250 per Kg which also fetches a price of Rs. 150 per kg making a total of around Rs. 45000 per family per season.

This was a trial base production and if anyone opt for expansion he can make more profit on the basis of the value of mushroom grown, Fayaz remarked.

Azad Khan, a beneficiary of training and resident of Charsadda told APP that people are happy over introduction to mushroom farming and are planning to expand production by increasing capital and area.

“Mushroom cultivation through modern method of farming can serve as a potential source of livelihood especially for unemployed youth and womenfolk besides promoting nutritious food consumption among people,” observed Sher Muhammad.

Mushrooms, essentially fungi, form a complete diet as they contain necessary vitamins and are the best substitute for protein.

“It can also serve as a cottage industry as people can do farming in their homes on a low scale,” Sher told APP.

One kg of mushroom, which takes about 35 days, can easily fetch Rs. 300 profit and an ordinary businessmen can easily produce 500 kg mushrooms at home, he disclosed.

An ordinary person can easily make an earning of Rs. 10,000 to 12,000 by growing mushrooms at their home in a single small room, he claims.

In mushroom farming, the fungal is cultivated in plastic bags and through hanging in a wood or iron stand more bags can be utilized in limited places.

Each bag is filled with a husk of wheat and mushroom seed is buried in it. After giving water and maintaining room temperature, the mushroom starts to grow flushes after a few days which is regenerated after cutting several times.

Each plastic bag casts up to Rs. 80 and produces flushes measuring weight of around one kg which is easily sold at Rs. 400 in market, Sher reiterated.

About poisonous mushrooms, he said, there are hundreds of types of mushrooms, some are edible and some are poisonous.

In mushroom farming, the most popular types of mushrooms are grown including oyster mushroom, both while and golden, button mushroom and milky mushroom.

The oyster mushroom is most suitable to Pakistan’s climate and can be grown round the year, except for four months of severe heat including May, June, July and August.

In summer season, milky mushroom can also be grown with care and in this season, Sher Muhammad is trying to cultivate it on experimental basis.

From September’s end, when the weather starts changing, growth restarts and continues till late April, he explains.

Sher Muhammad also stressed upon government to give consideration to mushroom farming and arrange training for locals.

He said in the wake of CPEC as a result of which a large number of Chinese and other foreigners are coming to Pakistan, the prospects of mushroom growing is also increasing because they use mushrooms in their diet on a daily basis.