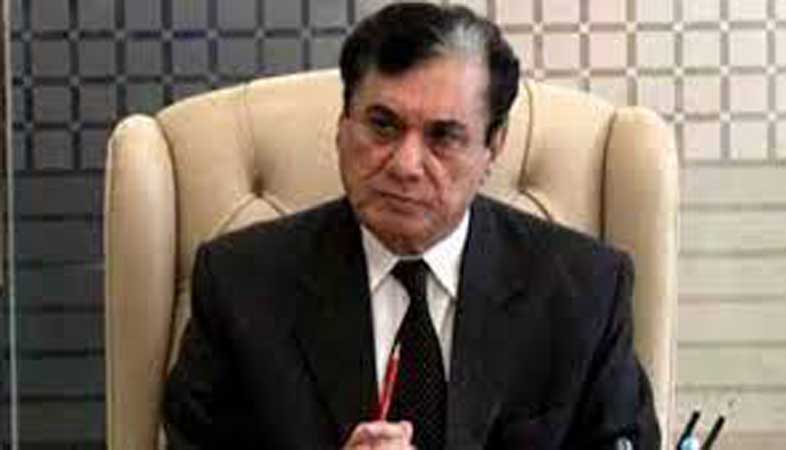 He hoped that NAB Sukkur will continue to perform in future with the same zeal and commitment, said a press release issued here on Wednesday.

While chairing a meeting to review the performance of NAB Sukkur especially conviction made under Section 10 of National Accountability Ordinance (NAO)-1999 and under Section 25 (B) of NAO-1999 from 2018 to 2020 at NAB Headquarters, which participated by Hussain Asghar, Deputy Chairman NAB, Syed Asghar Haider, Prosecutor General Accountability (PGA), Zahir Shah, DG Operations NAB, and other senior officers of NAB.

During the meeting Mirza Muhammad Irfan Baig informed that NAB Sukkur also identified theft / embezzlement of 253,551.7 Metric Ton wheat amounting to Rs 27.8 billion out of which an amount of Rs19.2 billion has been recovered and handed over to the government of Sindh.

The Chief Secretary Sindh has also issued a letter of appreciation addressed to Chairman NAB in this regard. DG NAB Sukkur said that NAB Sukkur filed 67x References in the Accountability Court Sukkur, besides, 32x accused persons were convicted and also fined to the tune of Rs. 880 million imposed upon them. Whereas, 242x accused persons were convicted who returned Rs. 2.77 Billion through Plea Bargain after approval by the Learned Accountability Court. The DG NAB Sukkur also informed that the menace of electricity theft has also been addressed with joint efforts of SEPCO & NAB Sukkur and an amount of Rs. 7.9 Billion in the year 2020 and Rs. 1.810 Billion in the year 2021 has so far been recovered. He further informed that in the all NAB operations, total direct and indirect recovery made is Rs. 28.84 billion in wheat scam and electricity theft etc.