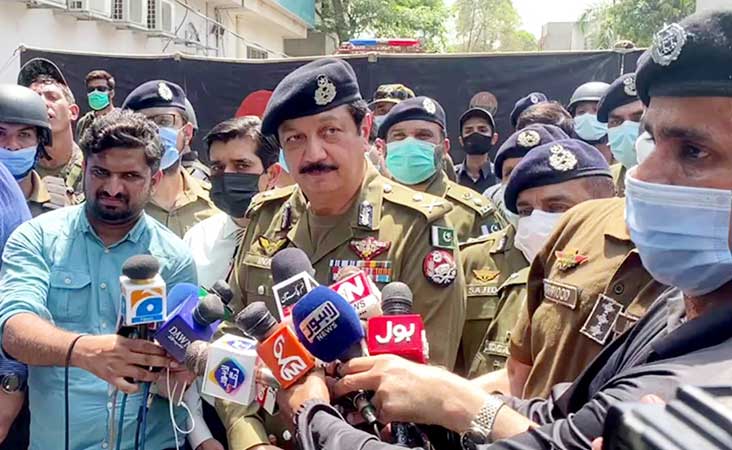 Inspector General of Police, Punjab, Inam Ghani said on Wednesday that terrorists wanted to demoralize the forces and citizens by carrying out cowardly attacks on law enforcement agencies, but the police would leave no stone unturned for taking such anti-social elements to the most strict sentence and punishment.

Talking to the media after visiting the site of blast in Johar Town, the IGP said that law and order, development and stability of the beloved homeland was not acceptable to anti-state elements so they wanted to harm the peace of society through their heinous acts but Punjab Police shall continue pursuing them till the elimination of terrorist elements and their facilitators. He added that the vehicle could not move much due to a police check post near the blast and the terrorists failed to do much damage. He further said that Punjab Police would bring the masterminds and their facilitators of the blast to justice.

He further said that Counter Terrorism Department (CTD) teams were looking into all aspects of the incident and it would be premature to say anything about the incident.

He directed the police officers to refrain from commenting on the incident. He further said that whatever would come to light in the investigation would be made public without any delay with the help of the media. The IGP said that law enforcement agencies received hundreds of threats every year and Punjab Police in collaboration with intelligence agencies thwarted the threats even before the incident.