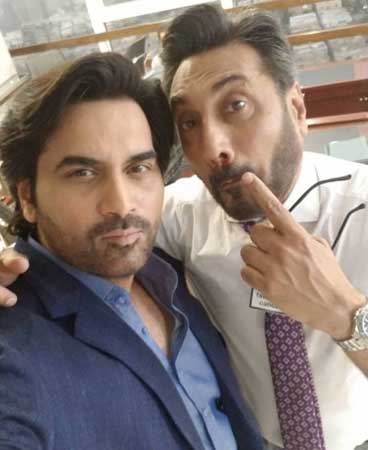 Actor and producer Adnan Siddiqui recently appeared in a show where he was asked to send voice notes to his friends and colleagues Faysal Qureshi and Humayun Saeed asking them to lend him money to pay for his new car and property.

Responding to Adnan Siddiqui’s voice message, Humayun Saeed showed generosity and replied, “First of all tell me if you are serious or you are kidding me? If you are serious you can take the money anytime you want”.

However, Faysal Qureshi had a hilarious response to Adnan’s voice message. He replied saying “I don’t know if you are joking or you are serious because if it was a serious matter you would have called me. And you would have asked someone else because you have more rich friends than me in Pakistan. If you have messaged All of your friends, it means you are in the mood to collect more than Rs 1 crore but if you really need it I am always there for you brother.”