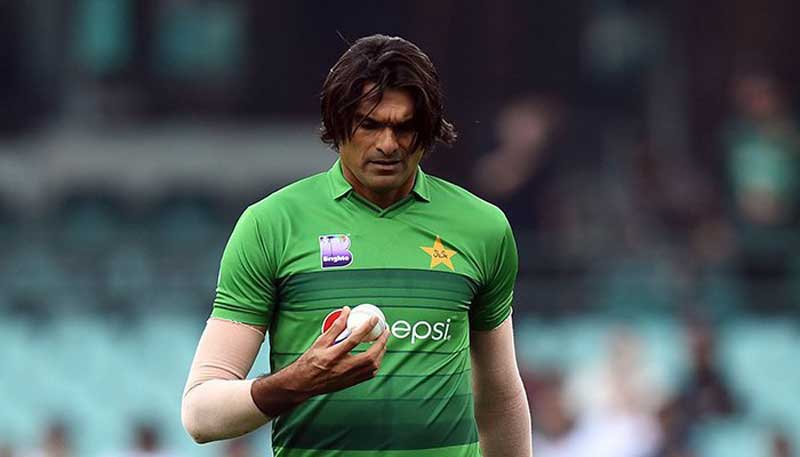 LAHORE: A strange passage of play briefly left the Peshawar Zalmi fielding with ten men during the second eliminator of the Pakistan Super League VI against the Islamabad United on Wednesday, after their pacer Mohammad Irfan left the field because of an injury. Haider Ali, the substitute sent out by Peshawar, was asked to leave the field by the umpires, who were apparently not convinced that Irfan was injured, leaving Zalmi down by a man.

In the 11th over of the United innings, Irfan, who was bowling the final over of his spell, went down after his penultimate delivery. Following a delay, he got back up to complete the over, but fell to the ground again. During the 12th over, Irfan was taken outside the boundary for treatment, with Ali coming on to replace him. However, at the end of the 12th over, bowled by Amad Butt, Aleem Dar, the onfield umpire, signalled that Ali should not be allowed to field, causing another lengthy delay. After a break in play, with Irfan still receiving treatment, Ali also stepped out of the field, meaning Peshawar had to bowl the 14th and 15th overs without Irfan or a substitute fielder. Eventually, at the start of the 16th over, after a conversation between Dar, Peshawar captain Wahab Riaz, and Shoaib Malik, also of Peshawar, the team was allowed to bring in another substitute, Khalid Usman taking the field. The delay was caused because the umpires wanted to ensure Irfan’s injury was genuine, and when they got a confirmation of the same from the paramedics at the ground, they allowed the substitution.