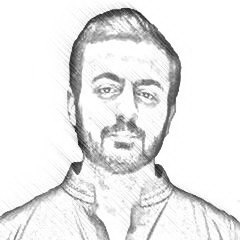 The battle for Pakistan is over and done with

There was a time, when we used to actually believe something, anything. There was a time, when people used to support a political party largely, because they used to actually believe in it. It was a time of ideologies and vision. The supporters of PPP fundamentally wanted a socialist Pakistan. Many were baton charged, scores spent years in jail, some even lost their lives. The PML-N believed in a centrist and moderate ideology, MQM struggled for the middle-class while the JUI propagated the complete establishment of ‘Sharia’(Islamic Law) and an all-encompassing Muslim caliphate.

The masses, like robots and blind mice, follow their respective ‘saviours’. Some dedicate their life for the glory of a particular sect of Islam, and their entire paradigm consists of combating the ‘evil other’. Then there are those who think the solution to all major problems lies in flyovers and bridges, while single out corruption as the biggest affliction.

From anti state movements in Balochistan to sectarian violence in Punjab, from water shortages in Sindh to power failures in Khyber Pakhtunkhwa, political leaders tend to practice point-scoring. The so-called leaders decide what the real issue is, and who the real enemy is. And the masses blindly follow them.

Why can’t we unite as a nation and believe in one ideology? What stops us from developing a consensus, follow a well-defined narrative and stick to it? Why is it that the public gang rape of a woman generates temporary outrage and it is business as usual after a few days? Why does public lynching in the name of ‘blasphemy’ not prompt immediate action from the government?

Fundamentally, those in power, throughout the world, employ various ‘tactics’ to prevent uprisings, change in power dynamics, exerting influence, basically to keep the masses in check. One of the most effective methods is also the simplest — poverty. Keep the masses struggling for their next meal, and they will be least concerned with words such as ‘accountability’, ‘narrative’ and ‘ideology’. Seldom will an empty stomach fight, or care, for the collective good. However, as in France, though highly unlikely, it is still possible. Our leaders know this, and even a small chance is a threat to their iron clad grip on our minds.

How to completely break the backbone of the masses? How to make it almost impossible for them to stand up? How to leave nothing to chance? Poverty at most is a high stakes gamble. Is there one single, fool proof method of removing all challenge to authority? Unfortunately there is one — confusion.

Why is it that we have forgotten Mashal Khan? How is Lal Masjid back in business? Where are the planners of the APS massacre? Under what logic are capitalist Ramzan shows allowed on air? Why do we take billions from the west? Why do we call a homegrown terrorist a ‘Mujahid’ and foreign ones as ‘monsters’?

These are the issues that threaten the very existence of our glorious nation. Nations that have changed the path of the world, leaders whose names are etched permanently in the annals of history, civilizations which have remained for thousands of years, all had vision. Without vision, a nation is purposeless.

The body may live another day, but until the underlying disease is actually identified, every wound stitched will only open up another. Critically exasperating the situation would be a widespread debate on the nature of the disease itself, and if there is even one in the first place. The result is confusion. How long can we survive in this vague, uncomfortable, destructive and criminal grey area? We condemn the murders of so many Mashal Khans yet remain ambiguous on the law that causes it all. We raise our voice against countless bomb blasts yet remain silent over hate speech?

We come from a nation that has made some of the greatest contributions to mankind. Our land has produced some of the greatest mathematicians, scientists, artists and philosophers. We are the ones who have given direction, to not only our land, but the entire world. We idolise Imran Khans and Nawaz Sharifs.  One plans the other to be hung upside down, the other wants to drag him through the streets. When we cannot take a stand for an issue because we do not believe in it with all our heart, waiting for a magical savior is a sign of lethargy. Fight yourself as a united whole for a cause, a vision- and you will see the saviour right before you. You are the saviour.

The writer is a director/actor; and a core member of Ajoka Theatre Pakistan. He has been involved in spreading awareness on socio-political issues through theatre