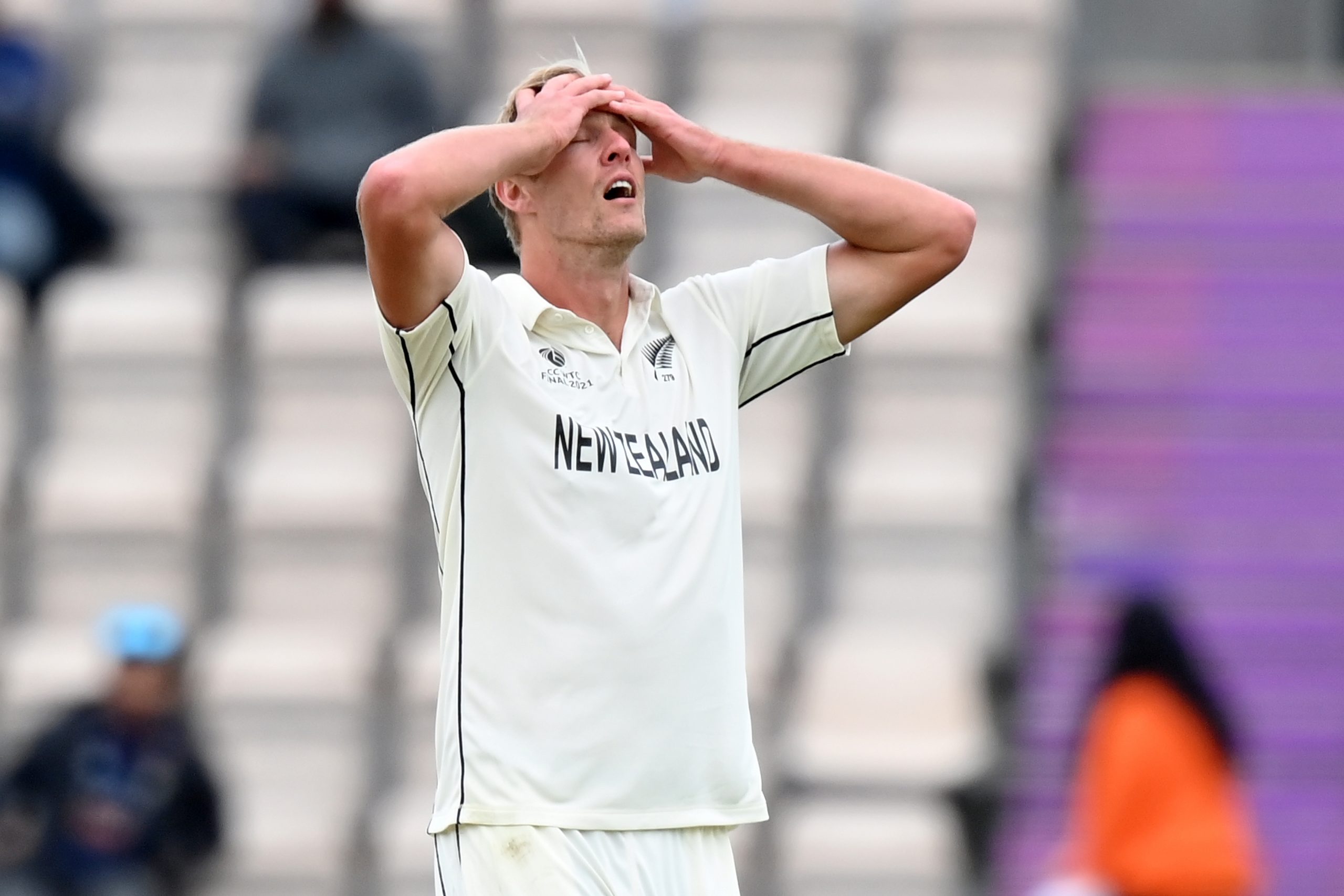 Kyle Jamieson captured the prized wickets of India captain Virat Kohli and Cheteshwar Pujara as New Zealand pushed for an “extra-time” victory in the inaugural World Test Championship final at Southampton on Wednesday.

India, who had resumed on 64-2 in their second innings, were 89-4, a lead of just 57 runs after the first hour’s play of the reserve sixth day. At that stage, Jamieson had taken 2-6 in six overs on Wednesday. And the towering paceman, who enjoyed a first-innings return of 5-31, would have had even better figures had Tim Southee not dropped a regulation slip catch to reprieve Rishabh Pant on five. Pant was 11 not out at drinks, with Ajinkya Rahane unbeaten on five.

After rain had ensured the first and fourth days of this match were washed out completely, the reserve day —  a special provision for this Test — was deployed in the hope a two-year effort to crown red-ball cricket’s first official world champions might end with an outright winner. Play resumed in bright sunshine with a maximum of 98 overs to be bowled Wednesday in a match worth $1.6 million to the winners and $800,000 to the runners-up. New Zealand, whose pace bowler Southee removed India openers Shubman Gill and Rohit Sharma on Tuesday, could concentrate solely on taking wickets.

India, by contrast, had to worry about both denying New Zealand a breakthrough yet at the same time not batting so defensively that runs dried up completely. But star batsman Kohli had added just five runs to his overnight eight when he fell to Royal Challengers Bangalore team-mate Jamieson for the second time in the Test, edging a delivery that bounced and moved late to wicketkeeper BJ Watling, in his final match before retirement. And 71-3 became 72-4 when Pujara, who took 80 balls to score his 15, playing inside the line in expectation of another nip-backer, edged a delivery that held its line low to a diving Ross Taylor at first slip. Pujara’s exit brought in the free-scoring Pant, a batsman capable of wresting the initiative from New Zealand. But the wicketkeeper should have been out for five when he edged Jamieson, only for second slip Southee, going across first slip, to drop a routine chance. It was Southee’s second drop of the match, a miss made all the surprising given New Zealand’s reputation for excellent fielding. Pant, to the delight of India fans in the crowd, then whipped Southee past mid-on for four.