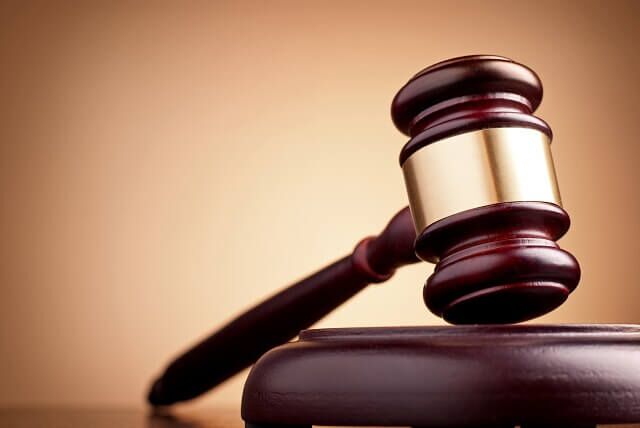 A gang of cat burglars accused of scaling buildings to steal millions in jewellery, fashion items and other valuables from the rich and famous, including Paris Saint-Germain football star Thiago Silva, goes on trial in the French capital on Wednesday.

The group of seven men and one woman is believed to have burgled not just top players from the PSG team, but also music and TV personalities.

Silva — the PSG’s captain at the time but who now plays for Chelsea — returned home after a first division match on December 23, 2018 to find his safe, jewellery and watches worth a combined 1.2 million euros ($1.4 million) were gone.

Surveillance camera footage showed two men climbing up a drainpipe and entering Silva’s mansion through a French window. Minutes later, they reappeared carrying their loot in a backpack and a suitcase they took from the house.

Less than a month earlier another PSG player, Eric Maxim Choupo-Moting, was burgled of 600,000 euros worth of leather goods and jewellery while he was on the pitch playing a Champions League match.

The investigation first led police to two potential suspects, and then a third. Thanks to phone taps and tails on the three, police identified a group of seven men in their twenties based in a Paris neighbourhood known as the Goutte d’Or (Drop of Gold), and the two vehicles they used.

After arresting them in August 2019, police came to believe that the gang had also carried out a burglary a year earlier at the home of French rapper Elie Yaffa, better known as Booba.

Operating in units of two, three or four, they are also suspected of stealing from the homes of TV host Patrick Sebastien, celebrity chef Jean-Pierre Vigato and an unnamed wealthy Saudi national, taking a combined 4.2 million euros worth of goods.

Meanwhile, police seized bracelets, rings, watches and bags in the flat of a young woman in Aubervilliers, a northeastern suburb of the capital, with some items identified by their rightful owners.

The detectives also found weapons, bullet-proof vests a hydraulic jack and a crowbar in the apartment.

At first the suspects denied everything. But over the past year, investigators made inroads on the gang, with members admitting to some of the accusations, or claiming that they were only on lookout while others carried out the thefts.

Some have also claimed that the estimates of their haul were exaggerated given that some of the stolen pieces turned out to be fakes.

Prosecutors say they have identified the two masterminds of the heists, which all involved breaking in through windows while the occupants were away.

One is Mohamed S., who thanks to his climbing prowess is known as either “Jet Li” after the martial arts film actor, or as “The Cat” — a nickname he rejects.

The other is Abdelazim G., who goes by the nickname “Bidou” — or “Kid”.

The seven men, now aged between 27 and 31 and with long rap sheets, are charged with theft and membership of a criminal organisation.

The tenant of the Aubervilliers apartment is charged with receiving stolen goods and illegal possession of arms as well as membership of a criminal organisation. She has denied all accusations.

Police found lists of names and addresses of celebrities at her home, but have been unable to identify any inside accomplices or to find out how the stolen objects were sold.

The suspects’ lawyers did not return AFP’s calls, or said they would not comment ahead of the trial.

Meanwhile, Paris Saint-Germain stars have continued to be targeted in burglaries.

This year, Spanish PSG player Sergio Rico and Argentinians Mauro Icardi and Angel Di Maria were burgled, as was the family of their Brazilian teammate Marquinhos.