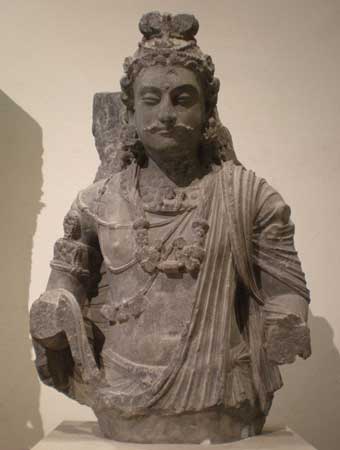 As part of the celebratory activities to mark the 70th years of establishment of diplomatic relations between Pakistan and China, the Embassy of Pakistan, in collaboration with the School of Foreign Studies, Peking University organised a book launch, titled Gandhara’s Smile: The Tour of Cultural Relics in Pakistan.

“The way the Pakistani people respected, preserved their historical artefacts moved me a lot, we should learn from them. As soon as we set foot in the Peshawar museum, we realised that this country is a treasure to modern civilisation. We, as scholars, cherish these academic exchange opportunities enabled by CPEC,” Prof Duan Qing from the school of foreign languages, Bejing University told Gwadar Pro.

The book launch focused on academic research on Gandhara civilisation and publication of “Gandhara smile” conducted by a team of renowned Chinese scholars and experts from Peking and Renmin universities led by Professor Duan Qing and Associate Professor Zhang Jiamei during their visit to various archaeological sites in Pakistan.

Speaking on the occasion, Ambassador of Pakistan to China, Moin ul Haque appreciated the School of Foreign Studies, Peking University and the experts for introducing Gandhara civilizational linkages which existed between Pakistan and China along the ancient silk route. He said that the year 2021 is a special year when Pakistan and China are celebrating the 70th anniversary of the establishment of diplomatic ties and the launch of this book is an opportune moment to celebrate the achievements of ancient Gandhara civilisation as the common heritage of the two countries.

Speaking on the occasion, Ambassador of Pakistan to China, Moinul Haque appreciated the School of Foreign Studies, Peking University and the experts for introducing Gandhara civilisational linkages which existed between Pakistan and China along the ancient silk route

The Ambassador promised to extend the Embassy’s complete support and assistance in continuation of exploration and research in Pakistan. “Chinese scholars have done a lot of research on Western history, yet we barely knew the past of our neighbours. Fascinating to see well preserved historical relics from the second-century, it was definitely of great significance,” said Professor Duan Qing. “CPEC is more than an economic corridor, it is about cultural exchange and people interacting with people. In the near future, the research team will move on to the Swat district to conduct further research,” Ahmed Farooq, Minister/Deputy Head of Mission of Embassy of Pakistan told Gwadar Pro. “Pakistan and China’s relationship has become a role model for the world,” he concluded.