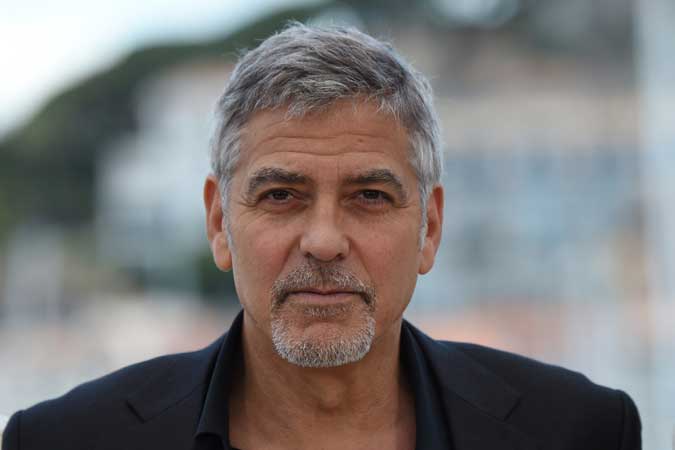 Hollywood star George Clooney will launch an academy for Los Angeles high school students as part of a new scheme to teach movie industry skills to children from disadvantaged and minority communities, it was announced on Monday.

Clooney and fellow A-listers Don Cheadle and Eva Longoria will spearhead the program initially available next fall for 14 to 16-year-olds at a downtown high school, with plans to expand to other ages and pilot locations throughout Los Angeles’ public school system. “Our aim is to better reflect the diversity of our country. That means starting early,” Clooney said in a statement announcing the Roybal School of Film & Television Production.

“It means creating high school programs that teach young people about cameras, and editing and visual effects and sound and all the career opportunities that this industry has to offer.” The programme follows similar star-backed collaborations with Los Angeles public schools, including an inner-city educational facility announced last week by music producers Dr Dre and Jimmy Iovine.

The Los Angeles Unified School District teaches some 650,000 students, who are mainly from low-income backgrounds and predominantly Latino or Black.

Hollywood’s poor record on diversity both in front of and behind the camera has come under close scrutiny in recent years, including the #OscarsSoWhite campaign launched in 2015 on social media to denounce and draw attention to the overwhelming majority of white nominees honoured year after year.

‘Our aim is to better reflect the diversity of our country,’ Clooney said in a statement announcing the Roybal School of Film & Television Production

In a sign of positive change, a report in April found female and minority actors were proportionately represented in Hollywood for the first time last year in a “watershed moment for diversity.”

But it warned that films with female or racial minority directors still have far smaller budgets, and that groups including Latinos remain severely underrepresented on screen.

The new programme will offer “internships that lead to well-paying careers,” added Clooney, who along with his co-founders is set to serve on an advisory board.

It will “pair teachers with renowned storytellers, along with industry professionals and experts” and aim to “build a more inclusive pipeline of career-ready talent to the film and television industry,” Los Angeles Unified Superintendent Austin Beutner told an online press conference Monday.

The latest initiative is backed by executives from Hollywood studio Working Title Films and the powerful Creative Artists Agency.