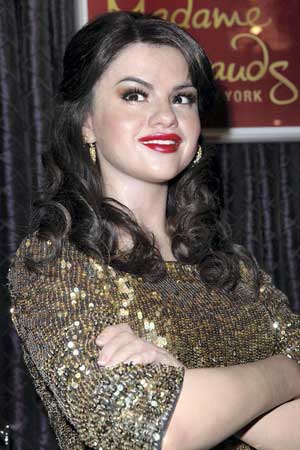 London’s renowned wax-work museum Madame Tussauds will open its first outpost in the Arab world in Dubai later this year, the group’s owner Merlin Entertainments said Tuesday. The brand, which began life in London where it boasts 250 wax sculptures that draw millions of visitors annually, also has smaller branches in the United States, Europe and Asia. “Today, Merlin Entertainments Ltd, the second largest attraction operator in the world, has officially announced the opening of the world-famous wax attraction, Madame Tussauds in Dubai,” the company said in a statement. “The iconic attraction is set to open its doors later this year,” it said. The Dubai branch would display 60 sculptures of “global stars”, 16 of them from the region including Lebanese pop stars Nancy Ajram and Maya Diab, it added. With only limited oil reserves, the emirate of Dubai has the most diversified economy in the Gulf, focussing on the development of tourism and the entertainment sector. Dubai was one of the first destinations to re-open its doors to international visitors amid the pandemic in July 2020.