* Meryl Streep's Miranda Priestly is the boss lady who's worth it 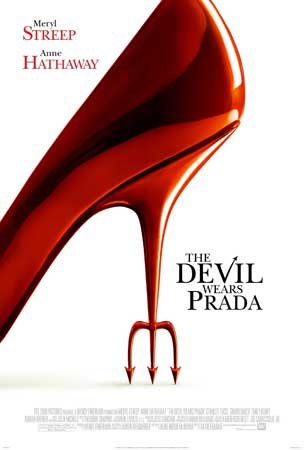 When The Devil Wears Prada released 15 years ago, it was seen as a coming-of-age film for Andy, played by Anne Hathaway, whose life revolves around her boss Miranda Priestly, played by Meryl Streep.

While on first viewing, it might look like Andy is the heroine and Miranda is the bad one, the elaborate internet discourse around the film in the last few years has made us examine the film from different perspectives as the conversation around women in the workplace has shifted dramatically.

At first, ‘The Devil Wears Prada’ appears like a regular rom-com where Andy’s personal life is falling apart because her boss Miranda is too demanding. She expects perfection in every department, wants her team to be on their A-game at all hours and does not tolerate mediocrity and that is because she ticks all those boxes herself. As Andy herself acknowledges in the film – If Miranda was a man, this kind of behaviour would not have gotten her the label of ‘Dragon Lady’ but she would rather be applauded for her work ethic. To put it simply, a woman like Miranda deserves to be celebrated and the film stresses it in every scene that features her. Looking closely, it’s near impossible to find a scene in the film where Miranda is not working and that shows the kind of dedication that she has towards her job.

Take for instance the now iconic ‘cerulean sweater’ scene. Miranda has an entire conversation about fashion history whilst she is trying to find the perfect look for a feature in the magazine. Even though Andy can’t tell two belts apart, Miranda understands the power of fashion and can school her on it. The film examines the perception of successful women in the workplace in several places. Another divorce, another public scandal and the tough competition that Miranda has to withstand while maintaining a tough exterior just goes to show that she can’t let her guard down even for a second because in her world, being vulnerable, which is traditionally perceived as a feminine trait, is equivalent to being weak.

At first, ‘The Devil Wears Prada’ appears like a regular rom-com where Andy’s personal life is falling apart because her boss Miranda is too demanding

Meryl Streep, who played Miranda to near perfection, is an actor par excellence. And though she has given some incredible performances in her career, The Devil Wears Prada was a big departure for her in terms of genre. Up until then, Meryl was usually seen in serious drama films but The Devil Wears Prada promised her viewers that she could do no wrong, even when she was in a seemingly mainstream light-hearted film.

In a recent reunion interview with Entertainment Tonight, Meryl and costume designer Patricia Field spoke about the choice for her hairdo in the film. Patricia recalled that the studio wasn’t convinced with Miranda having short white hair but when Streep walked into the office, she pulled a Miranda and the room fell silent. Patricia recalled that it was the magic of the actor who could just walk in without saying a word and still be heard. Anne Hathaway, who was also a part of the interview, recalled that during her first reading with Streep, she realised the power of silence and how saying something in a whisper could be so much more authoritative than yelling it out.

Meryl’s dialogues from the film have now achieved cult status, thanks to the countless memes that usually appear around spring but there’s something to be appreciated about a film that was made 15 years ago and still holds up. The Devil Wears Prada features two female characters that are poles apart from each other but it is their differences that make this a film worth revisiting. And with every repeat watch, you are bound to realise that Andy isn’t all that helpless and Miranda is certainly not the vamp she is made out to be.