Clothes of a woman have no link with rape, sexual abuse: Bilawal 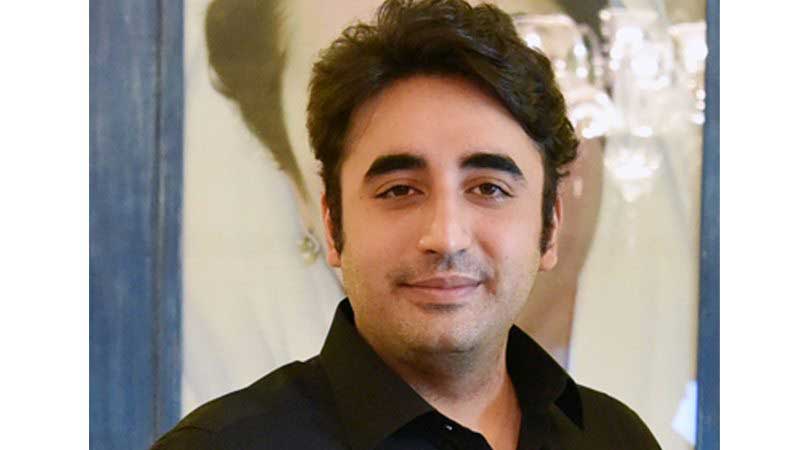 PPP Chairperson Bilawal Bhutto-Zardari Tuesday said that the clothes a woman wears or the way she dresses has nothing to do with the sexual violence she is subjected to, a private TV channel reported.

The PPP chairman, speaking to media at the Parliament Tuesday, said the prime minister’s remarks in an interview with Axios’s Johnathan Swan were ‘disappointing’. He called on people to stand with victims of rape and sexual abuse. “Such crimes should not be linked to a single cause … the clothes of a person have no link with rape or abuse,” he said.

Bilawal delved into the prime minister’s statement, stressing that the law for those found guilty of sexual abuse and rape should be the same. “Imran Khan’s statements before and after coming into power are different …. he was a coward since day one,” said the PPP leader.

Bilawal also focused his attention to Foreign Minister Shah Mahmood Qureshi’s recent remarks during an interview, where he was asked to clarify whether he thought slain al-Qaeda chief Osama bin Laden a martyr or not. “Imran Khan is not ready to term Ehsanullah Ehsan – a TTP militant who was involved in the APS attack – a terrorist,” he said. “Osama bin Laden tried to attack then prime minister [Benazir Bhutto] in 1993 through Ramzi Yousef,” he said, adding, “Doesn’t Imran Khan know that bin Laden tried to revolt in the name of Islam in 1994?”

The PPP chairperson wondered whether the prime minister knew that bin Laden was involved in terrorist activities across the globe. “If bin Laden isn’t a terrorist, then who is?” he asked.

Bilawal said recalled that bin Laden was the person who portrayed Islam in a negative light. He said that Islam is a peaceful religion, urging PM Imran Khan to review his policy.

Regarding elections in Kashmir, the PPP chairman said that he will soon go to Kashmir, adding that the response received from the people has been very good. “The PPP is the only party which is trusted by the Kashmiri people for being able to solve their problems in every situation. They do not trust anyone but the PPP. Prime Minister Khan does not know anything about Kashmir or the nuclear programme. The nuclear programme was founded by Shaheed Zulfikar Ali Bhutto who used to say that he cannot make a mistake about Kashmir even when asleep,” he said. “When Modi had attacked Kashmir, Prime Minister Khan on the floor of the assembly presented his ‘plan’. He had said that Kashmir issue will be solved by Modi’s win,” he added.