PM should use his words wisely, such statements can give rise to victim blaming: Bilawal 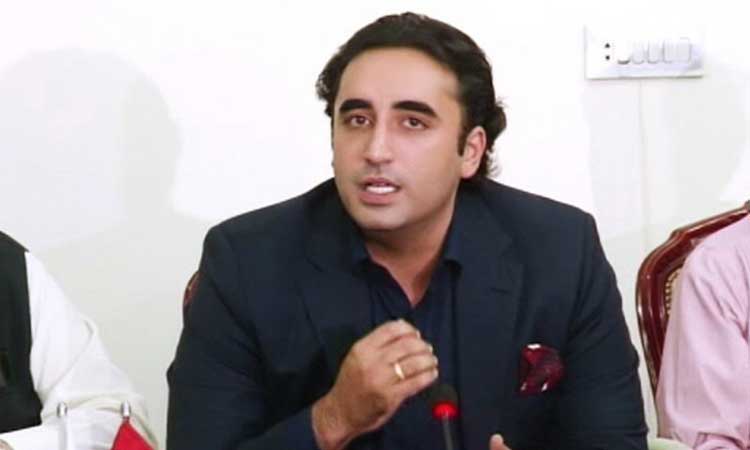 ISLAMABAD: PPP Chairperson Bilawal Bhutto-Zardari remarked that a woman’s clothing or how she dresses has nothing to do with the sexual assault she faces.

The PPP leader was reacting to Prime Minister Imran Khan’s remarks from a few days earlier, in which he discussed the rise in sexual assault in Pakistani culture.

PM Imran Khan stated in an interview with Axios’ Johnathan Swan: “It has an effect on males when a lady wears very few clothes. Unless they’re robots, of course. It’s common sense.”

“Yes,” Swan said, “but will it actually encourage acts of sexual violence?”

“It depends which society you live in,” answered PM Imran Khan. “If in a society, people haven’t seen that sort of a thing, it will have an impact on them,” he added.

The prime minister’s statements were “disappointing,” according to the PPP chairman, who spoke to the media in the Parliament on Tuesday. Bilawal urged people to support rape and sexual assault victims.

“Such crimes should not be linked to a single cause … the clothes of a person have no link with rape or abuse,” he said.

Bilawal went into detail about the prime minister’s comments, emphasising that anyone found guilty of sexual abuse and rape should face the same punishment.

“Imran Khan’s statements before and after coming into power are different …. He was a coward since day one,” said the PPP leader.

He was particularly interested in Foreign Minister Shah Mahmood Qureshi’s recent comments in an interview, when he was asked if he felt Osama bin Laden, the dead al-Qaeda leader, was a martyr or not.

“Imran Khan is not ready to term Ehsanullah Ehsan — a TTP militant who was involved in the APS attack — a terrorist,” he said.

‘If bin Laden isn’t a terrorist, then who is?’

The chairman of the PPP questioned whether the prime minister was aware that bin Laden was involved in terrorist operations all over the world.

“If bin Laden isn’t a terrorist, then who is?” he asked.

According to Bilawal, bin Laden was the one who depicted Islam in a bad way. He said that Islam is a peaceful faith and urged Prime Minister Imran Khan to reconsider his policies.

Bilawal’s remarks on OBL were in reaction to Foreign Minister Shah Mahmood Qureshi’s claim that Prime Minister Imran Khan’s remarks on bin Laden were taken out of context in an interview with TOLO news.

“Well, uh, again, out of context. Out of context,” responded the foreign minister, after a brief pause. “He [PM Imran Khan] was quoted out of context. And, uh, you know, a particular section of the media played it up,” he added.

“I will let that pass,” responded Qureshi, after another brief pause.