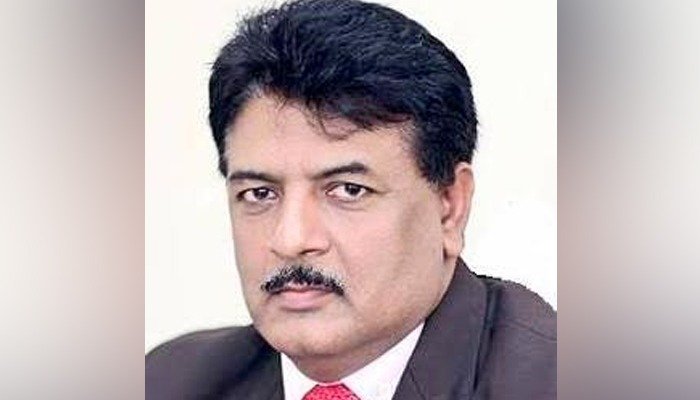 RAWALPINDI: Special Assistant to the Prime Minister on Food Security, Jamshed Iqbal Cheema on Tuesday said that the agriculture sector development was among the top priorities of the government, and PM’s Agriculture Transformation Plan was a revolutionary initiative to shift conventional agriculture to the next level, commercial agriculture.

Jamshed Iqbal Cheema further said that the government policy of agricultural transformation is not only for the food security of the country but also addresses the physical nutritional needs of every citizen of Pakistan.

“Each individual all over the world consumes 370 kg grains and in Pakistan, it is 200 kg whereas 40 million tons of feed is required for our animals and we are producing 13 million tones”, he added.

He said that the government was allocating different districts for different crops under which the problem of water would also be controlled and imports would be reduced by increasing the production of agricultural commodities.

Highlighting the Prime Minister’s policy on agricultural transformation, he said that Pakistan would eliminate soybean imports by 2024 and Gilgit would be the next agricultural hub of Pakistan under this policy.

He appealed to the faculty and students of the university to go beyond facilitation and promote applied research, bring new quality products to the market, create new and good seeds and invent cheap ways to save water.

Dr. Abid Qayyum Silhari, Executive Director, SDPI, said that the Coronavirus epidemic had created a crisis of health, economy, and malnutrition in the world, which had severely affected even a strong economic country like the United States. As a result of the successful strategy of the government, Pakistan survived these three crises.

He said that there was no doubt that food items had become more expensive in Pakistan during this epidemic but they were not lacking. Highlighting the importance of the relationship between education and industry, he said that both were the guarantors of Pakistan’s development.

He appreciated the programs run by Arid Agriculture University Rawalpindi which were the result of the hard work of the faculty and administration.

Chairman PCRWR Dr. Muhammad Ashraf said that Pakistan’s national security was linked to food security which showed its importance. He said that most of the water was used for agriculture in Pakistan which was depleting Pakistan’s water resources which needed to be addressed on a war footing.

He said that to solve the water problem, the regional distribution of crops in Pakistan needed to be strictly adhered to.

Earlier, in his welcome address, Vice-Chancellor Prof. Dr. Qamar-uz-Zaman appreciated the efforts of the government for providing a special package for agricultural development and informed the gathering that PMAS-AAUR had already launched various programs for this purpose in which research teams consisting of faculty and research students had been formed to strengthen the academic and industrial linkage and promote the culture of applied research.

He further said that PMAS-AAUR was also offering short courses in Khushab under the government’s Successful Youth Program, which would not only provide employment to the youth but also moderate the agriculture sector.

He said that the Ten Billion Tree Honey Tsunami was a boon to the coming generations of Pakistan for which there was no alternative. Trees will not only reduce air pollution but also generate huge foreign exchange through the development of the honey industry.

He said that under the Prime Minister’s Clean Green & Sweet Pakistan, Arid Agricultural University has started shifting to solar energy to meet the electricity needs and in the next year, the university will also be digitized.