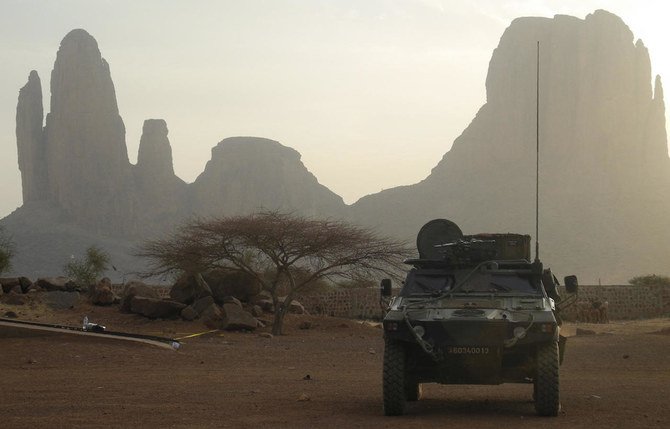 A suicide car bomber attacked French troops patrolling in central Mali on Monday, according to France’s military, wounding six soldiers and four civilians including a child in the war-torn West African country.

The French soldiers, who were travelling in a vehicle, were on a reconnaissance mission near the town of Gossi to secure the area around a nearby forward operating base. “Six French soldiers and four Malian civilians were injured by the explosion of the suicide vehicle,” the French military said in a statement. The army added that none of their lives were in danger. Speaking on condition of anonymity, a senior Malian military officer and a local elected official had earlier said that some soldiers were evacuated to the French army base in northern city Gao by helicopter.

The French military also said that it sent “alert units” including Tiger combat helicopters and Mirage 2000 fighter jets to the area of the attack to support ground troops. Mali has been struggling to contain a brutal jihadist insurgency. which first emerged in the north in 2012 before spreading to the centre of the country and neighbouring Burkina Faso and Niger. Thousands of soldiers and civilians have been killed in the conflict and hundreds of thousands have fled their homes. Former colonial power France, which intervened in Mali in 2013 to beat back the jihadists, currently has 5,100 soldiers deployed across the Sahel region. French President Emmanuel Macron announced earlier this month that he would wind down the Barkhane force.

France plans to refocus its energies on strengthening an international task force of special forces in Mali, known as Takuba.