Kendall confirms she is serious about her relationship with Devin Booker 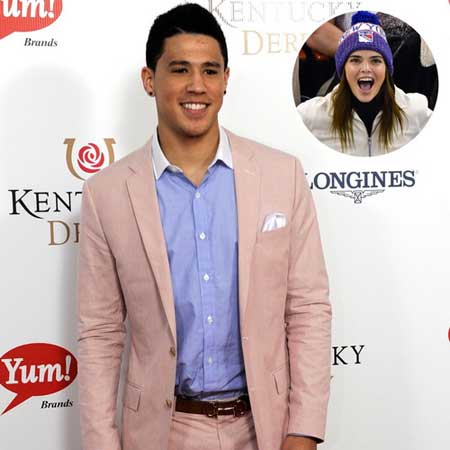 Supermodel Kendall Jenner opened up about her relationship with basketball player Devin Booker for the first time on the ‘Keeping Up with The Kardashians’ reunion special.

In the recently aired second part of the reunion special, Kardashians-Jenners opened up about many pages of their much private books. From Kim’s revelation of her pending apology to ex-husband Kris Humphries to Khloe’s ‘nose job’ confirmation, the reunion episode was special in many ways for their fans.

E! News reported that in a revealing moment during the show, Kendall clapped back at assumptions that she only dates basketball players and explained why her relationship with NBA star Devin Booker is different.

“No, I don’t actually only date basketball players, if anyone’s ever done their research. I’m not ashamed that I have a type and I’m also a genuine basketball fan,” she said. Kendall officially confirmed for the first time that she is serious about Devin by stating, “He’s my boyfriend.”

E! News reported that in a revealing moment during the show, Kendall clapped back at assumptions that she only dates basketball players and explained why her relationship with NBA star Devin Booker is different

The model went on to explain that keeping their relationship private and out of the ‘KUWTK’ spotlight, has worked better for her.

“No offence to my older sisters at all, but I think that Kylie and I specifically have had the opportunity to watch our older sisters go through marriages and relationships and break-ups and do them pretty publicly. It was a personal preference from a really young age,” Kendall continued.

“I think it makes my life a lot easier and our relationship a lot better, to be honest…I just feel like it’s a private matter and not for anybody else to judge or know,” she added.

On a related note, Kendall and Devin celebrated their one-year anniversary on June 13.

“This is the happiest Kendall has been in a relationship. It’s getting more and more serious and she is very happy.” a source told E! News. During the reunion, Kendall also slammed those saying Kardashian-Jenner women ruin men, post break-up.

“What I don’t like about the narrative is that the blame is on us,” Kendall stated. “The men need to take that responsibility…It’s almost, like, offensive,” she said.