PM demands action against AIG, accuses him of corruption 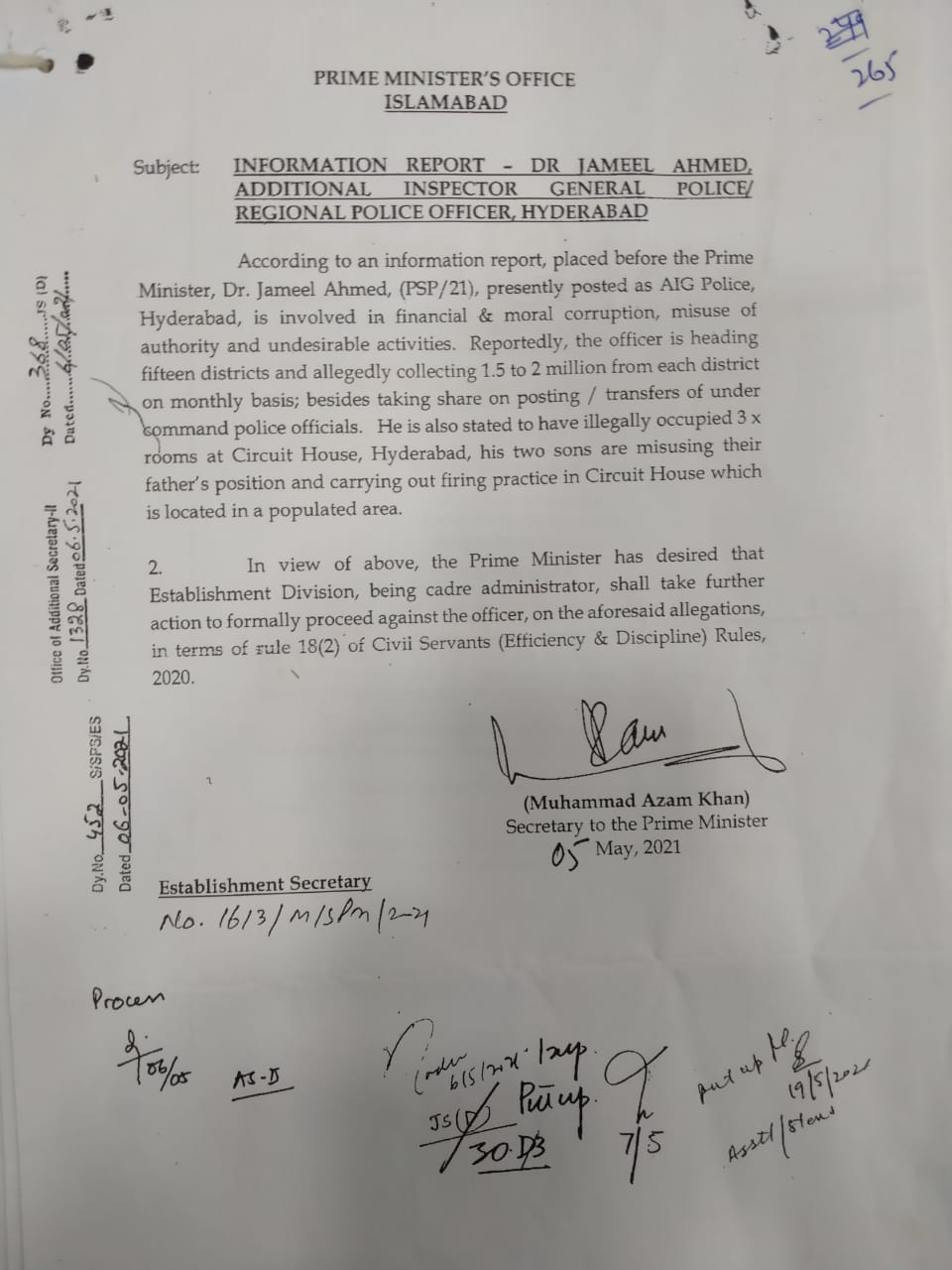 The prime minister contacted the Establishment Division on Monday via a letter and accused the AIG of corruption.

He said that the police officer had misused his position and taken bribes. The PM demanded swift action against AIG Hyderabad as per Civil Servants Roles.

“Reportedly, the officer is heading 15 districts and allegedly collecting Rs1.5-2mn from each district on a monthly basis; besides taking a share on postings/transfers of under-command police officials,” wrote PM Imran Khan.

As per the letter, the prime minister stated that the AIG had illegally occupied three rooms of the Circuit House in Hyderabad.

He also accused the officer’s sons of using their father’s position for unfair advantages.

He said the police officer’s sons, as per reports, conducted firing practice at the Circuit House, adding that it was a populated area.