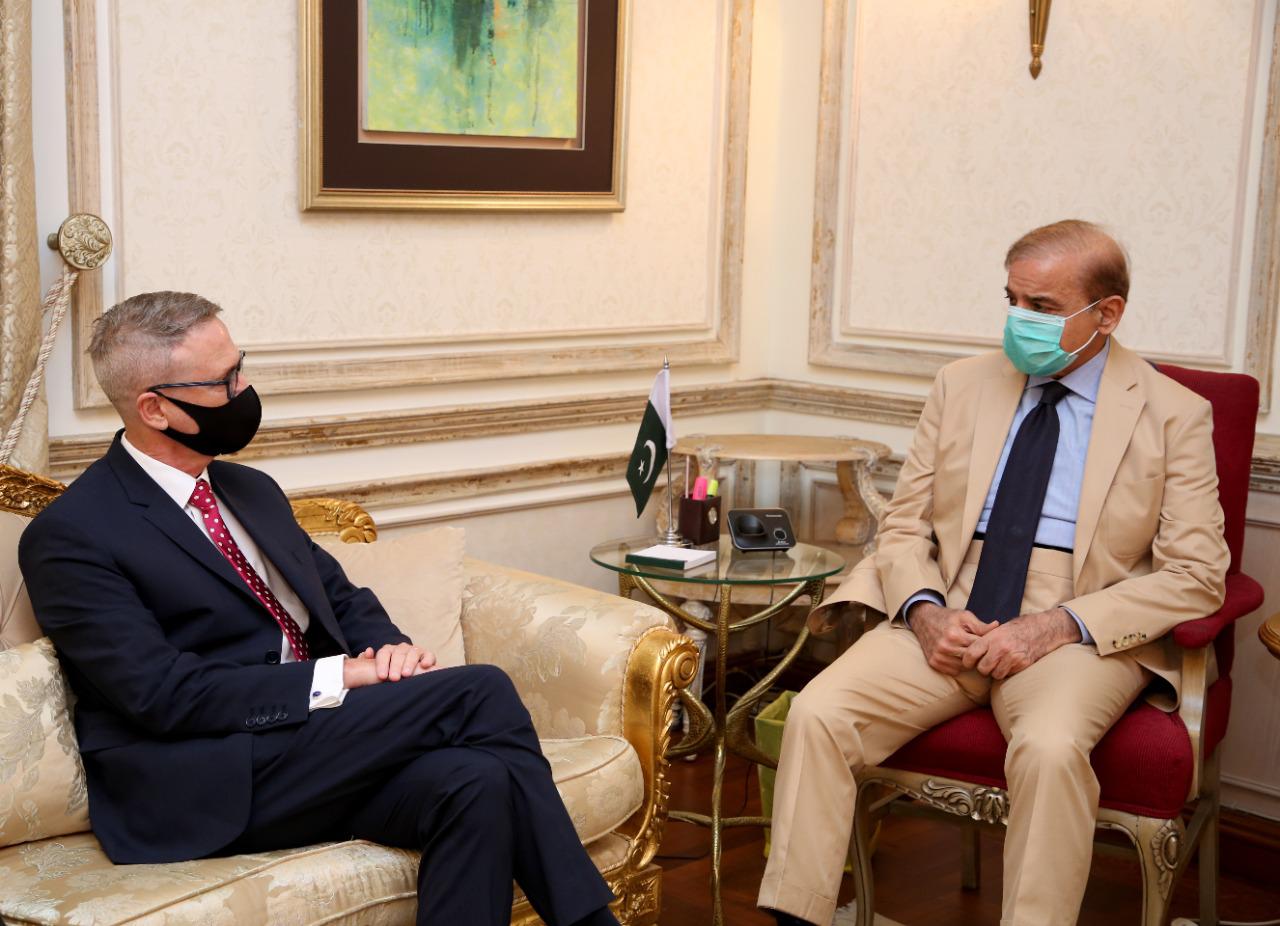 Shehbaz Sharif warmly received the foreign dignitary. The two discussed the bilateral ties between the two nations and matters of mutual interest.

Shehbaz said that Australia had contained covid-19 through commendable efforts. He noted that there were ample opportunities to further economic and trade ties between the two countries. He said boosting cooperation in the agricultural sector, especially dairy and wheat was in the best interests of both nations and was the need of the hour. Pakistan can learn from Australia’s expertise in the dairy sector, he added.

The PMLN President said that bilateral cooperation in the education sector could also be increased by enhancing student exchange programs between the two countries. The two nations could also reap mutual benefits by exploring the wide range of avenues of cooperation. He proposed that cultural exchanges would help bring the people of Australia and Pakistan closer.

The Australian High Commissioner thanked Shehbaz for his warm welcome and for taking time out for the meeting. Geoffrey Shaw said both countries could gain from cooperation in digital trade. He also praised Shehbaz for his performance and spirit regarding public development programmes during the PMLN government tenure.