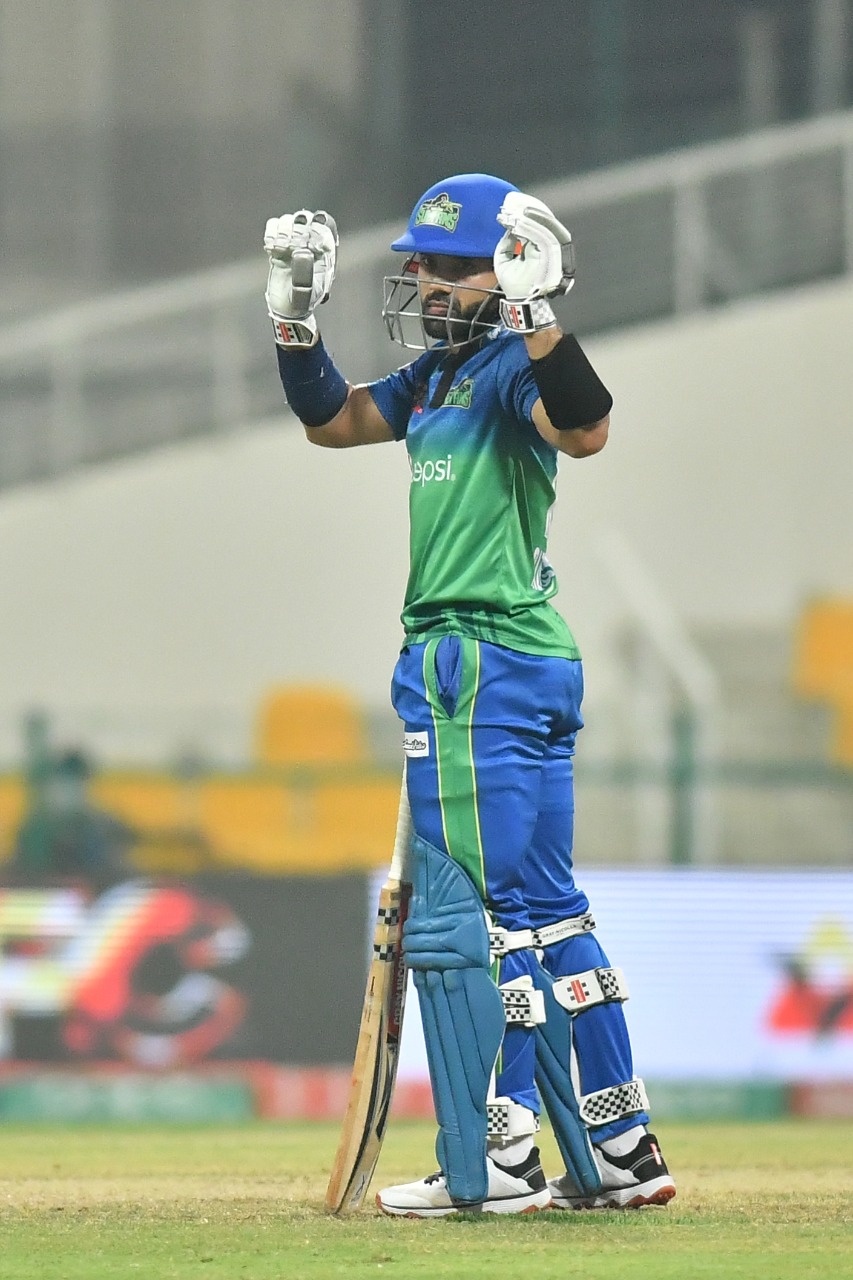 Mohammad Rizwan, the wicket-keeper batsman for the Pakistan cricket team, put another feather to his crown on Saturday as he reached 1000 T20 runs in 2021.

Rizwan accomplished this milestone during his 20th T20 encounter of the year, a PSL6 match between Multan Sultans and Islamabad United in Abu Dhabi.

In 2021, the 29-year-old batsman achieved nine half-centuries and a century with an average of 76.92 to become the first player to reach four-figure runs in the shortest format.

After Shoaib Malik, Babar Azam, Imran Nazir, Umar Akmal, Ahmed Shahzad, and Mohammad Hafeez, he is the seventh Pakistani batsman to score 1,000 (or more) runs in a calendar year.

Babar Azam, the current captain of the Pakistan cricket team, made 1607 runs in 2019, compared to 1242 runs the previous year.