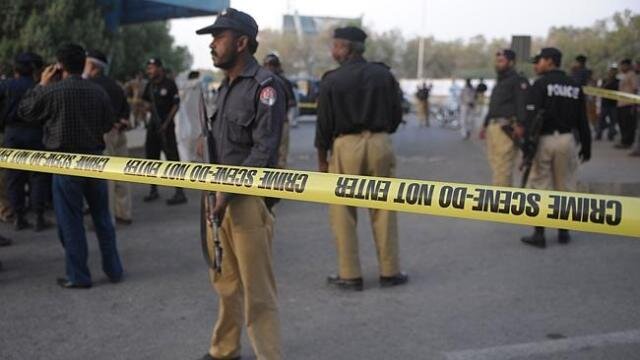 KARACHI: Four policemen have been detained and charged in a case involving a fake police encounter in the city’s Sachal neighbourhood on Sunday, which resulted in the injury of two young people.

Two muggers were allegedly injured in a police skirmish in the Sachal Goth district of the city on Sunday, according to reports.

According to an FIR filed with the police under attempted murder charges based on the victim’s father’s complaint, 15-year-old Baitullah and 14-year-old Asif were injured when police opened fire on them during a quick check.

The police transferred them inside their vehicle after they sustained bullet injuries, and troops present there attempted to murder the students, according to the FIR. The injured are now undergoing medical care at Jinnah Postgraduate Medical Centre (JPMC).

ASI Asghar Ali, Constables Sabir and Bahadur, and another policeman Abdul Qadir have all been identified as participants in the phoney police encounter.

The SHO of the Sachal police station and the four officers, according to reports, proceeded to mislead higher officials after the incident, calling it a police confrontation and labelling the students as muggers.

“The officials were not given any photographs, video, or other information about the encounter,” they stated, adding that the whole thing was blown when a divisional officer became suspicious and questioned the situation.

The police have stated that they would record the statements of the injured children in order to provide further clarity on the situation.