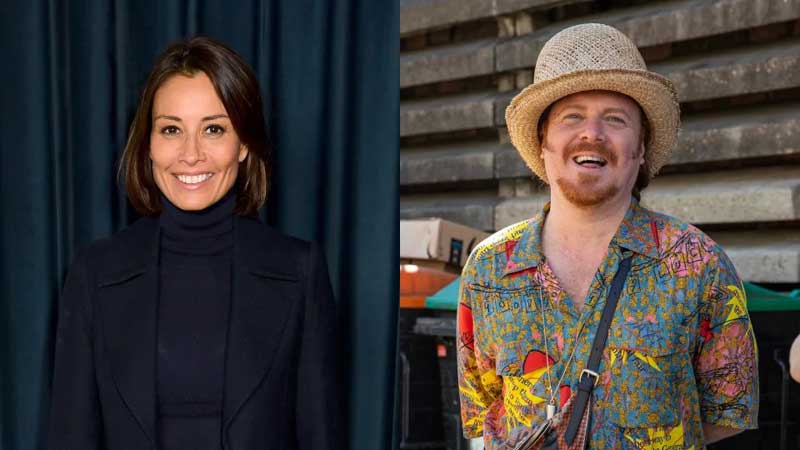 Melanie Sykes has confessed she “cried all night” after she was the target of lewd remarks by comedian Leigh Francis at a recording of Through the Keyhole.

Francis was in character as his Keith Lemon persona during the filming for the episode of the ITV panel show, which aired in 2018.

Sykes told the Frankly Speaking with Lynne Franks podcast that she had expected Francis to be on milder form than his famously raucous ITV2 show Celebrity Juice, as Through the Keyhole was made for a primetime audience.

Sykes said Francis made similar comments throughout the three-hour recording session and she felt “caught in the headlights” because she hadn’t expected that sort of tone.

She added: “I kept thinking ‘what am I going to do?’ I can’t get up and storm out because it will be all over the newspapers that I’ve walked out and it will, of course, be my fault. Everybody in the audience has a mobile phone so they could see.”

The 50-year-old presenter said she complained to production company Talkback, who allowed her to approve the edit of the show but said nobody had ever complained about Francis before.

Sykes said: “I said ‘you and I know that there are loads of women who don’t say anything, it doesn’t mean it’s not happening’.

Sykes also told the podcast she was “annihilated by trolls” calling her “bitter” when she criticised Francis in a magazine article last year, without revealing the details of her story.

On the podcast, Sykes said the Keith Lemon character “gives voice to men in the street, men in the office, men in your home to talk to women like s*** and think it’s funny”.

The Keith Lemon character emerged from Francis’s sketch show Bo’ Selecta! and Francis has hosted Celebrity Juice in that guise since 2008.

He began hosting the revived take on Through the Keyhole in 2013, until its cancellation in 2020 after six series.