Denise Lewis on the importance of self-care 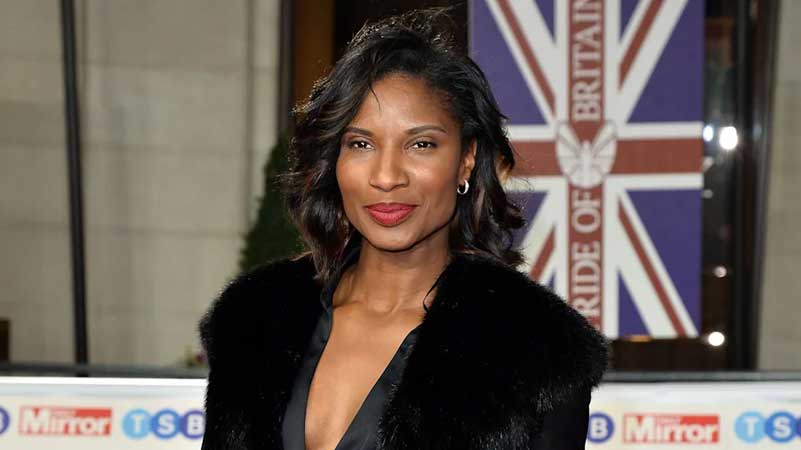 In her late twenties, Denise Lewis was winning gold medals and beating her personal best scores in the heptathlon. It meant following a gruelling training regime, while she travelled across the world competing in various competitions.

Fast forward 20 years and Lewis has revealed that she’s realised it’s time to slow things down a bit.

The star, who turns 49 in August this year, was speaking on White Wine Question Time about how she is now learning to chill out a bit.

“I’m trying to do the school run to three different schools, I’ve done dinner, I’m juggling, I’m hustling, I’m tired, but I will not give in that mentality that I will not be broken,” she told host Kate Thornton

“And it can get exhausting when you’re doing it too long… So, I’ve had to let go of just being that machine.”

The star, who had her fourth child aged 46, says this means saying no more often and letting her kids get on with chores like packing the dishwasher, even if they don’t quite do it the right way.

“There is a point where you have to start regaining yourself and managing your time, and your mental wellness,” she stated.

She continued: “You cannot just be on the go all the time. That was me. I know I have to just let it go sometimes. And so what, they’re not packing the dishwasher right — my pet peeve by the way — but don’t let it consume you, otherwise you’re going to miss out on the really great stuff that’s happening elsewhere exactly, which I am learning.”

She told Thornton: “If he was on this podcast, he would be telling you, ‘When I first met Denise, she actually said, I am the man and the woman as well, so I don’t know how this is going to work.’”

The pair got wed in 2006 and have gone on to have three children together, so what does Lewis attribute to the success of their marriage?

“I think in this era of renewed feminism, to actually say that I think it’s okay to just let your partner be your partner and support you. Try and give him the space to be that person in your life.”

While Lewis is prioritising self-care and her mental wellbeing, it doesn’t mean she’s not still up for a bit of hard work. Last year, she took part in the TV series Don’t Rock The Boat, which saw two celebrity teams take part in the ultimate rowing challenge from Cornwall to Scotland. “It was a huge experience for me,” she exclaimed.

“I’m not a water baby, so I don’t know why I thought I could even do that challenge, but it was exhilarating.

“I like challenges. I like pushing my body. I don’t know if I’ve made a career out of pushing myself, but I embrace the challenge. If I’m doing it, I want to be good. I don’t mind losing, but I do want to apply myself, I go for it.”

Hear Denise Lewis talk about what it’s like having a baby at 46 in the latest episode of White Wine Question Time. Listen now on Apple Podcasts and Spotify.