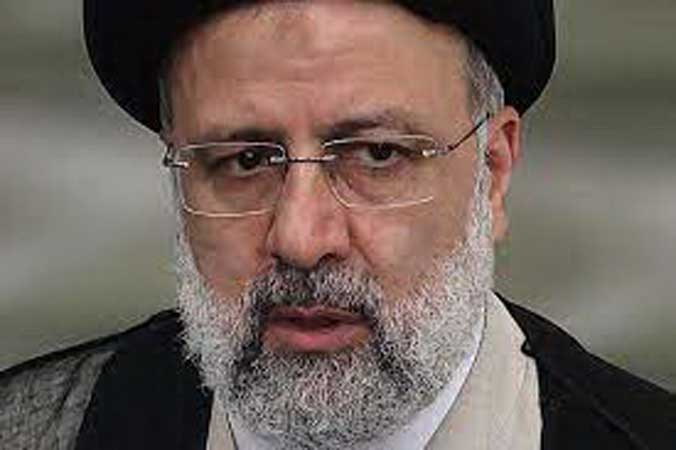 Iran’s ultraconservatives Sunday hailed the election victory of their candidate Ebrahim Raisi, after Washington charged the vote was unfair and Tehran’s arch-foe Israel labelled him the “most extremist” president yet.

Raisi, 60, won Friday’s election in which more than half the voters stayed away after many political heavyweights had been barred from running and as an economic crisis driven by US sanctions has battered the country.

An austere figure from the Shiite Muslim clerical establishment, Raisi takes over from the moderate incumbent Hassan Rouhani, who must leave office in August after eight years in power.

“The Dawn of a New Era,” read the jubilant front-page headline of the conservative Resalat daily, welcoming the 62 percent win by Raisi, the head of Iran’s judiciary.

Raisi was congratulated by Russia, Turkey and several Gulf states, and by Iran’s regional allies including Syrian President Bashir al-Assad, Lebanon’s Hezbollah and Hamas in the Gaza Strip.

Raisi’s victory had been widely anticipated after the Guardian Council, made up of 12 clerics and jurists, had approved just seven candidates, all men, out of a field of almost 600 hopefuls.

Iran’s moderate Jomhouri-e Eslami daily highlighted that conservatives had now cemented their hold on power, from parliament and the Guardian Council to the court system and armed forces.

Using a touch of irony, its editorial said that “we, the people of Iran, owed the conservative faction a homogeneous government” and “the people have delivered”.

The Resalat daily welcomed the change from the Rouhani administration which it said has been dogged by political infighting and occupied with “fruitless domestic and foreign challenges”.

Rouhani’s landmark achievement was the 2015 deal with world powers under which Iran agreed to limit its nuclear programme in return for sanctions relief. That deal has however been hanging by a thread since then-US president Donald Trump withdrew from it in 2018 and launched a “maximum pressure” campaign to diplomatically and economically isolate Iran.

While Iran has always denied seeking a nuclear weapon, Trump charged it was still planning to build the bomb and was destabilising the Middle East through armed proxy groups in Iraq, Lebanon, Syria and Yemen.

Since US President Joe Biden took office this year, talks involving Iran and the remaining parties to the accord — Britain, China, France, Germany and Russia — have resumed in Vienna, with the US taking part indirectly.

Iran’s ultraconservatives — who deeply distrust the United States, labelled the “Great Satan” in the Islamic republic — bitterly attacked Rouhani over the failing deal and for having trusted the West.

But Raisi has nonetheless said Iran should keep negotiating with the aim of ending the punishing sanctions that have largely cut the country of 83 million off from global markets and financial systems.

The US State Department said after Raisi’s election win that Washington would continue talks over Iran’s nuclear programme, working with its allies and partners.

A spokesperson charged however that “Iranians were denied their right to choose their own leaders in a free and fair electoral process”.

In Israel, which has fought a shadow war with Iran for years, foreign ministry spokesman Lior Haiat said the Islamic republic had “elected its most extremist president to date”.