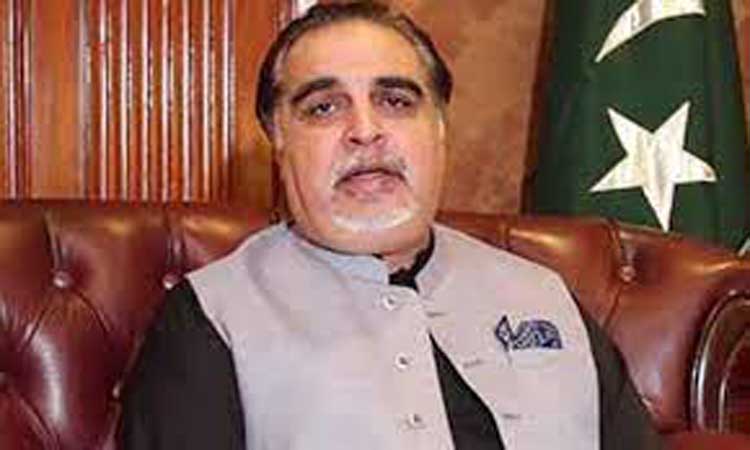 Governor Sindh Imran Ismail has written a letter to Chief Minister Murad Ali Shah, urging all stakeholders to work jointly in a bid to avert last year’s tragic incidents during heavy rainfall in Karachi ahead of fresh monsoon spell.

In a letter written on June 16, the governor shared how heavy rainfall in Karachi last year led to tragic incidents and asked Chief Minister Sindh Murad Ali Shah, being the executive head of the province, to mobilize all concerned institutions.

“Saving the lives of the citizens is among the top priority of the government,” he said.

Imran Ismail said that cleaning of nullahs and removal of encroachment alongside them on the Supreme Court’s order will help in taking concrete measures to avert last year’s situation.

“K-Electric, HESCO, and SEPCO have been directed to take necessary measures ahead of monsoon spell in Karachi and avoid load shedding during the rain,” he said.

The governor further shared that cantonment boards have also been directed to deal with rain-related issues. “It is time for all stakeholders to work jointly,” he said while assuring complete support in this regard from the federal government.

It is pertinent to mention here that the Pakistan Meteorological Department (PMD) has predicted that Karachi is likely to receive more than usual rainfall this monsoon season.

According to the Met Office, more than usual rainfall is expected during the upcoming monsoon spell in the country and Karachi would be witnessing the rain spell from the last week of June.

The first spell of monsoon rains in Karachi is expected between 27 and 30 June.

The three-month monsoon season from July to September will see an unexpected increase in rainfall in the south and north Punjab and Sindh areas of the country, said the Met Office.

The likely rainfall during July – September is 140.8 mm, according to the weather report.