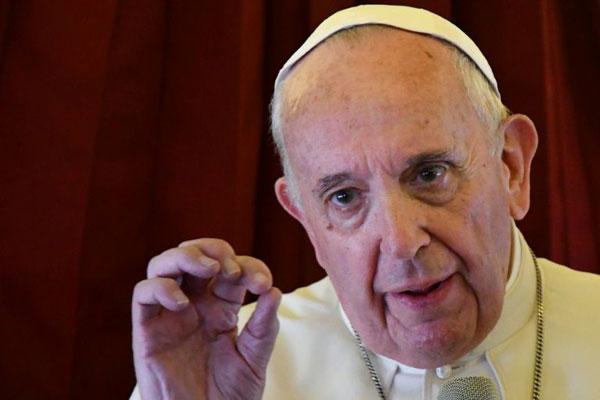 Pope Francis threw his weight Sunday behind an appeal from bishops in Myanmar to the nation’s military leaders to allow aid to reach thousands of displaced people dying of hunger. “I join my voice to that of the Bishops of Myanmar, who last week launched an appeal calling the entire world’s attention to the heartrending experience of thousands of people in that country who are displaced and have been dying of hunger,” the pontiff said in his Angelus prayer. “We implore with all courtesy that humanitarian corridors be permitted and that churches, pagodas, monasteries, mosques, temples, as well as schools and hospitals be respected as neutral places of refuge,” he said, quoting the bishops. Myanmar has been in turmoil since the military overthrew civilian leader Aung San Suu Kyi and her National League for Democracy (NLD) government in a February 1 coup. A brutal crackdown on dissent by the junta has since killed at least 870 civilians, according to a local monitoring group. The junta has faced a number of appeals to allow safe passage for humanitarian aid. Livelihoods have been lost after strikes and factory closures, fuel prices have shot up and those lucky enough to have bank savings face day-long queues to withdraw their cash. The World Food Programme estimates that within the next six months, as many as 3.4 million more people will go hungry in Myanmar, and it is poised to triple its emergency food assistance.