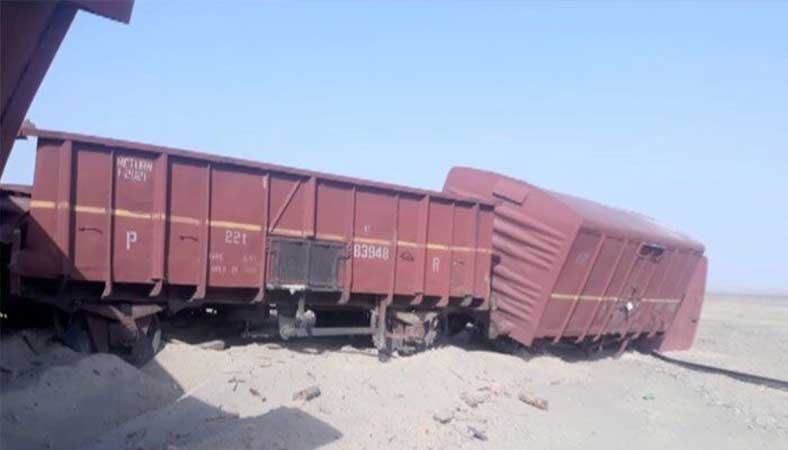 Railway officials said that Pakistan-Iran rail service has been suspended after six train bogies derailed near Chaghi due to sinking and submerging of the railway track at a number of sites. The freight train was heading to Quetta from Iran on Saturday, but the unbalanced compartments of the Pak-Iran train service derailed and now Railways officials said that the Chaghi track needed repairs. Earlier, Federation of Pakistan Chambers of Commerce and Industries Central Standing Committee on Railways convener, Zia-ul-Haq Sarhadi, had demanded the federal government to take practical steps for the restoration of goods trains with Iran and Turkey.