Verstappen edges out Hamilton for pole at French Grand Prix 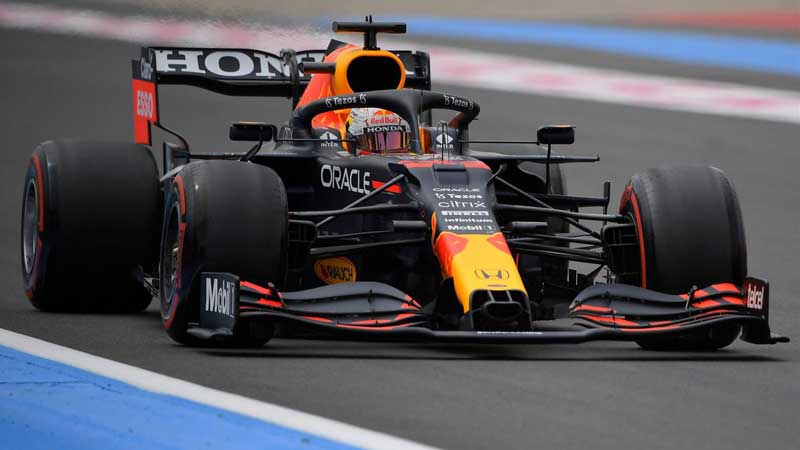 LE CASTELLET: Max Verstappen claimed pole on Saturday for the French Grand Prix with Lewis Hamilton’s Mercedes alongside the Red Bull driver on the front row to lay the foundations for another gripping instalment in this season’s delicately-poised title battle. Valtteri Bottas in the other Mercedes starts on the second row with Verstappen’s teammate Sergio Perez. Verstappen leads Hamilton by just four points in the Formula One word championship ahead of the seventh race of the season at the Circuit Paul Ricard on Sunday. Hamilton won from pole the last two races staged at Le Castellet in 2018 and 2019, but Verstappen had approached qualifying as the man to beat after dominating the final two practice sessions. Verstappen, claiming his first pole since the season-opener in Bahrain, is anxious to translate pole into a win after a shredded tyre robbed him of almost certain victory in Baku last time out. Carlos Sainz for Ferrari posted the fifth quickest time in qualifying to seal a third row spot with Pierre Gasly’s Alpha Tauri joining him. Then came Sainz’s teammate Charles Leclerc and McLaren’s Lando Norris with Fernando Alonso (Alpine) and Daniel Ricciardo (McLaren) completing the top 10.