Rajinikanth heads to US for a general health check-up 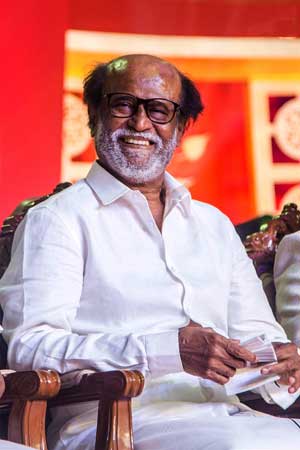 Superstar Rajinikanth is headed to the US for a regular health check-up, as per India Today. Rajinikanth and his wife Latha were spotted at the Chennai International airport on Friday.

Some photos and videos of Thalaiva have gone viral on social media platforms.

As per reports, Rajinikanth is heading to the US to get his general health check-up done. The couple is expected to spend the next few weeks there as he will undergo a few tests. The Darbar actor is expected to return to India on July 8.

On the work front, Rajinikanth has completed the shooting of his upcoming film Annaatthe. Rajinikanth shot non-stop for 35 days to complete his portions in the film, which was delayed for about a year. In December 2020, the shooting came to an abrupt halt when many crew members tested positive for the coronavirus.

In May, Rajinikanth met Tamil Nadu chief minister MK Stalin in Chennai to extend his support to the state’s effort to battle the second wave of coronavirus. The superstar also contributed a sum of Rs 50 lakh to the Tamil Nadu Chief Minister’s Relief Fund. “I request people to follow all the safety guidelines laid down by the government. Only then we will be able to defeat the coronavirus pandemic,” Rajinikanth told reporters after meeting the chief minister.