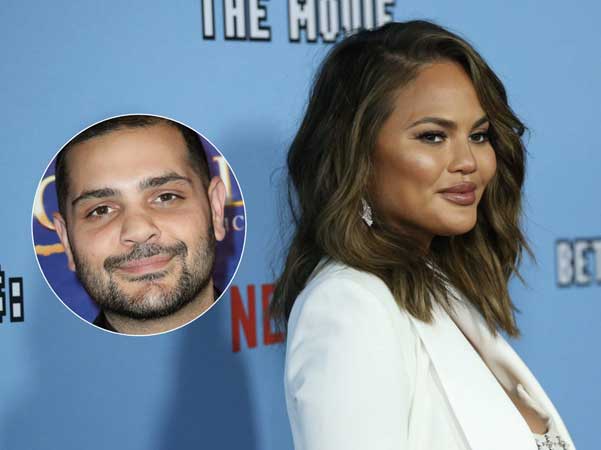 Chrissy Teigen’s team is responding to Michael Costello’s recent claim of alleged cyberbullying. In an article published by Business Insider on June 17, Teigen’s team member has said that the Instagram direct messages shared by Costello on June 14-accusing Teigen of cyberbullying the designer in 2014-are fake. Costello’s rep has since denied this in a statement to E! News.

The outlet noted that the screenshots showed inconsistencies that may suggest they were altered in some fashion. According to People, examples of the alleged inconsistencies include a missing verified checkmark next to Teigen’s name, which would suggest the screenshots were taken in 2014, before Instagram’s verification programme had launched. However, reportedly, the same screengrab features purple and blue messages, which is a recent design added by the social media platform last year.

In addition, the alleged screenshots also reportedly show a video chat icon, which is a feature that debuted on Instagram in 2018. Plus, according to Business Insider, the text also allegedly appears alongside a profile photo that Teigen had changed no later than 2016. In a statement to E! News, Costello’s rep has denied the allegations, stating, “The fact that Chrissy Teigen’s team is desperately trying to prove the DM’s are fake and attempts to discredit Michael Costello, a victim of trauma and bullying by Chrissy Teigen both online and offline, confirms that she remains the same bully, despite her public apology.”

The response from the cookbook author’s team comes days after the designer shared the past posts accusing her of bullying, which he alleged are from 2014. The designer also shared along with the posts that, due to the alleged bullying, he has lived with a “deep, unhealed trauma.”

“For the past 7 years, I’ve lived with a deep, unhealed trauma,” he wrote on Instagram. “I wanted to kill myself and I still am traumatized, depressed and have thoughts of suicide.”

“She apparently formed her own opinion of me based on a photoshopped comment floating around the internet,” he alleged. “When I reached out to Chrissy Teigen to communicate that I was the victim of a vindictive cyber slander, and that everything she thought I was is not who I am, she told me that my career was over and that all my doors will be shut from there on.”

Costello’s statement accusing Teigen of bullying also came a few hours after the model posted an apology for her alleged past tweets, for which she was accused of bullying a then teenage-aged Courtney Stodden, to the online platform Medium.

“I want you to know I’ve been sitting in a hole of deserved global punishment, the ultimate ‘sit here and think about what you’ve done,'” she wrote. “Not a day, not a single moment has passed where I haven’t felt the crushing weight of regret for the things I’ve said in the past.”