PM wants GB’s uplift on par with other parts of country: Fawad 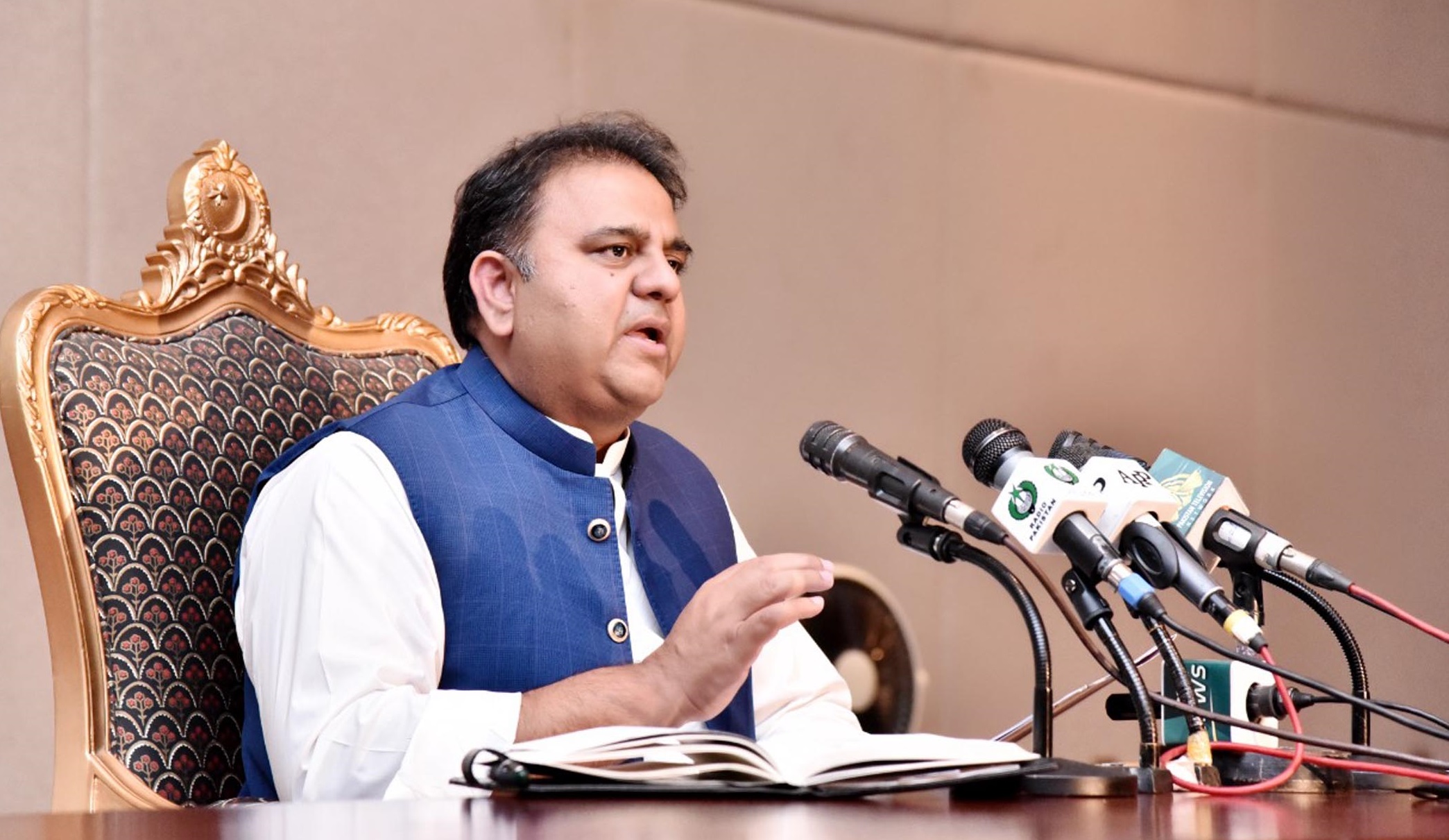 (2021-22) for the development of Gilgit Baltistan (GB) as Prime Minister Imran Khan desired its uplift on par with other parts of the country.

Addressing a news conference here at the Skardu Press Club, he said the Pakistan Tehreek-e-Insaf (PTI), soon after coming into power in GB, announced a development package worth Rs 300 billion for the socio-economic development of the area.

The amount, which would be spent in the next five years, would bring significant improvement in the infrastructure of the GB and boost economic activities through tourism promotion, he added.

The minister regretted over dilapidated condition of the road infrastructure in the GB and lashed out at the Pakistan Muslim League-Nawaz (PML-N) for ‘doing nothing’ for its rehabilitation despite being in the power for a long period of time.

Fawad said he had been told by the political and civil administrations of the GB including the Chief Minister and Commissioners of various areas that the services of professional town planners were hired to formulate master plans of all the districts including Skardu, Shigar, Gilgit, and others.

He added that the situation in GB would also look like Karachi in the next eight to ten years if the development work was carried out without proper planning.

The minister appreciated the GB’s Chief Minister for taking such a timely decision, adding it was crucial to the sustainable development of the area.

He said completion of the China Pakistan Economic Corridor (CPEC) would mark a new era of development and prosperity in GB as it was situated at a critical route of the multi-billion dollar project.

Fawad was of the view that Indians had a track record of hatching conspiracies against the area, adding it was the people of GB who always stood by Pakistan.

The minister said Pakistan had ended trade relations with India to give a message to the people of Kashmir that the Pakistani nation stood with them.

He said Pakistan had also ended the agreement with India to telecast Pakistan and England cricket matches series. However, he said, alternative arrangements would be made to telecast the cricket series.

He said the government of Pakistan had also decided to give interim provincial status to the GB as work on its legislation was being carried out on a fast-track basis. “All the basic rights that have been demanded by the people of Gilgit Baltistan for a long time, will be given to them soon,” he added.

The minister also shed light on Pakistan’s role in Afghanistan’s peace process and said Pakistan had played a key role and tried its best so that the issues related to Afghanistan could be solved amicably.

Fawad said that Pakistan International Airline (PIA) had been operating three flights to the GB in a day, adding it was an unprecedented move which would boost tourism activities in the area in coming days.

To a question he said, the courts had convicted Nawaz Sharif and Maryam Nawaz in two corruption cases while the Shahbaz case was in progress.