Amendments to the Electoral Reform Bill are violative of the Constitution, says Sherry Rehman 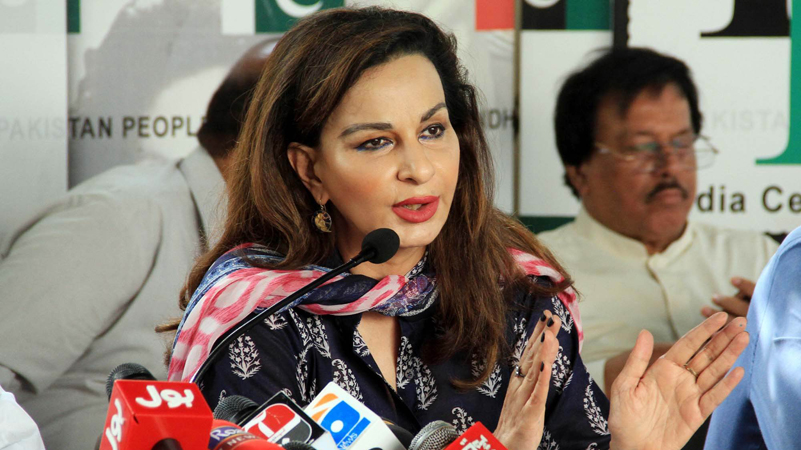 ISLAMABAD: Criticizing the government for bulldozing the Electoral Reforms Bill in the National Assembly, PPP Parliamentary Leader in the Senate, Senator Sherry Rehman said, “The PPP will be placing a number of amendments as the amendments drafted by the government are violative both of the Constitution as well as of the Election Act 2017. The amendments made in this bill are not only controversial in nature but now the Election Commission of Pakistan (ECP) has also expressed their reservations which only goes out to reflect the problematic legislation done by this government.”

“It’s no secret that Tabahi Sarkar has been running the country in a reckless manner but such dangerous legislation is a threat to our democratic system. It seems that the government wants to disempower the ECP so they can have their way in the next elections. What they are forgetting is that these amendments are not for one election but for years to come,” she added.

“Tabahi Sarkar’s fixation with open ballot voting and Electronic Voting Machines (EVMs) all comes down to the 2023 elections but this is not how elections are won. ECP has made it clear that these changes cannot be made without everyone’s consensus and they have also shared their reservations on using the controversial EVMs. Had the government taken ECP and opposition on board, this shoddy legislation could have been avoided but they are more invested in theatrics and hurling abuses at each other,” she added.

Vice President PPPP Senator Sherry Rehman concluded by saying, “ECP’s letter has made it clear that they want the government to reconsider the amendments to the Electoral Reforms Bill and take into account their reservations. It is the government’s responsibility to resolve all issues and address our reservations. They need to think beyond party politics and make decisions which benefit the entire country and not just their party”.