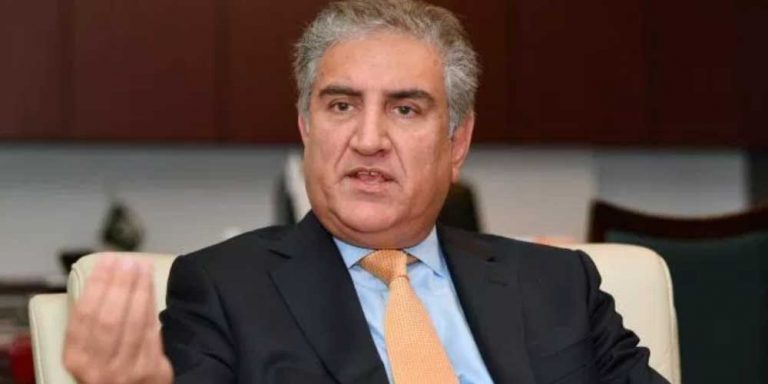 ISLAMABAD: Foreign Minister Shah Mahmood Qureshi Saturday said that Pakistan was keen to see both the Afghan peace process and withdrawal of troops advancing in tandem, but in fact, there was a disconnect between the two.

The foreign minister, talking to TRT World during his visit to Antalya, Turkey, said Pakistan had called for responsible withdrawal besides desiring the peace process to go side by side.
“What I am seeing is that the withdrawal is taking place at a fairly rapid pace, but the peace process is moving ahead at snail pace. And that is a bit disconnect over there. And that is of concern to me,” the foreign minister said.

He said he was concerned over the rising level of violence in Afghanistan, which was the Taliban and Daesh another spoilers within Afghanistan,, which were perhaps not keen to see peace and stability there.

“They have their own designs and motives. This is a complicated situation. Internal struggles are going on within Afghanistan,” Qureshi said.

He said other conflicts like Jammu and Kashmir dispute also impeded economic progress and integration in the region.

He viewed that the world was increasingly embroiled in great competition and confrontation, and people were being forced to take sides.

He said the COVID-19 pandemic was still lingering and would obviously leave behind its economic and financial implications, necessitating preparedness.

Foreign Minister Qureshi said Pakistan had facilitated the peace process and engaged with all regional powers at every forum, including the Doha process, Istanbul process, Heart of Asia, and Moscow format.

He said Pakistan had been engaged constructively for peace and stability in Afghanistan and would continue to do so.

“But this is a shared responsibility. You cannot pass the buck towards Pakistan. Pakistan is one regional player. Other global players and other interests are paramount in the region,” the foreign minister said.

“So, it has to be a holistic approach and Pakistan will be partner in peace,” he added.