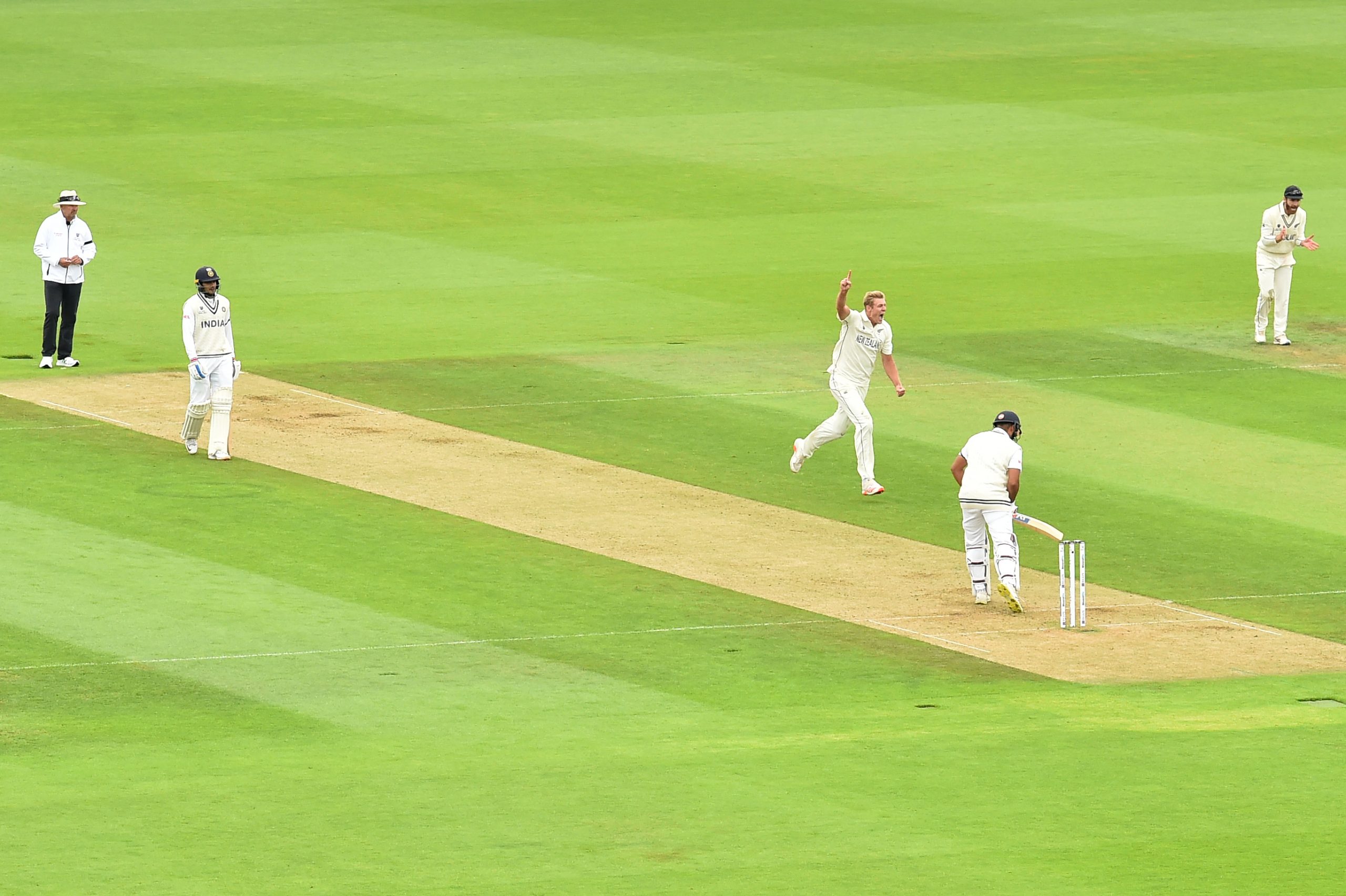 India were left looking to captain Virat Kohli after New Zealand struck twice in quick succession to end their promising start in the inaugural World Test Championship final at Southampton on Saturday.

After rain meant Friday’s first day was washed out without a ball bowled, Rohit Sharma and Shumban Gill shared a fifty stand after New Zealand captain Kane Williamson won the toss in overcast conditions that promised to assist his powerful pace attack. But both openers fell shortly before lunch on the second day, with India 69-2 at the interval. Kohli was six not out and the experienced Cheteshwar Pujara unbeaten on nought. First-change Kyle Jamieson made the breakthrough when he dismissed Rohit for 34 and the towering paceman had miserly figures of 1-10 in seven overs at lunch.

India’s 62-1 soon became 63-2 when Gill was caught behind off left-arm paceman Neil Wagner for 28.

Rohit and Gill made an excellent start amid New Zealand’s swing and seam, even if a still-wet outfield meant they did not always get full value for shots and the switched-on floodlights added to the difficulty of batting against a red ball.

Sharma confidently clipped the first ball of the match, from Tim Southee, off his pads for three before hitting him for two fours in the seventh over. Gill showed his class by driving Jamieson down the ground for four. But he had a nasty moment on 23 when hit flush on the grille of his helmet by a seaming delivery from Jamieson that leapt off a good length. Rohit, to the delight of India’s vocal supporters in the ground, brought up the fifty partnership with a stylish cover-driven four off all-rounder Colin de Grandhomme.

The openers’ form was all the more impressive given this was India’s first test since March whereas only last week New Zealand completed a 1-0 series win over England with an eight-wicket victory at Edgbaston. But Rohit’s 68-ball innings featuring six fours ended when he edge a late-swinging delivery from Jamieson to third slip where Southee held an excellent low catch, diving to his right. Gill followed soon afterwards for 28, edging Wagner to BJ Watling in what the New Zealand wicketkeeper has said will be his last match before retirement.

While a standard men’s Test lasts a maximum of five days, this fixture can be extended into a sixth day should match referee Chris Broad decide that is the only way to make up time lost to bad weather. This match, the culmination of two years of series between the leading Test nations that ended with New Zealand qualifying ahead of India, is worth $1.6 million to the winners and $800,000 to the runners-up. The India team lined-up for the pre-match national anthems all wearing black armbands as a mark of respect following the death of national track legend Milkha Singh at the age of 91.

Singh, a four-times Asian Games gold medallist who was dubbed the ‘Flying Sikh’, died from Covid-19 in a hospital in the north Indian city of Chandigarh late Friday.